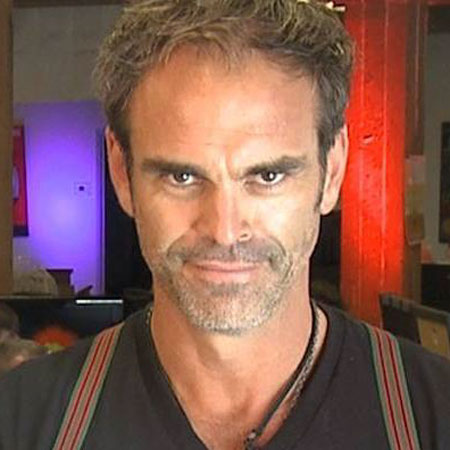 Steven Ogg was born on 4th November 1973 in Calgary, Canada, under the birth sign Scorpio. He belongs to Caucasian race/ethnicity and holds a Canadian nationality.

Since his early age, Ogg wanted to become a famous sports player, however, due to a serious injury, he couldn’t make his dream come true. Ogg then decided to pursue a career as an actor.

Ogg joined the National Film Board of Canada and featured in several theatre productions. After that, he moved to New York City to pursue his professional acting career.

Ogg made his first onscreen debut with the 1999 movie, Giving it Up as Andre, the fashion photographer. He was cast along with Ali Larter, Callie Thorne, and others. Similarly, The next year, he debuted in television series, Law & Order as Mark vee.

In 2008, Ogg came up with a voice actor in the video games, Alone in the Dark as Vinnie. Subsequently, he appeared in several video games, Ride to Hell: Retribution, Cursed Mountain and Grand Theft Auto V.

Ogg won the New York Videogame Critics Circle Award for the character in GTAV. Moreover, he also became the nominee of five awards for his work in GTAV such as Code Central, Spike Video Game, British Academy Games, and few others.

Till date, Ogg has played in a number of TV series and movies including, Mail order Bride, Arrow, He Never Died, The Watch, Better Call Saul, West World, and some others.

More recently, Ogg featured in the TV series, OK K.O! Let’s Be Heroes. He still works on the series The Walking Dead since 2016 along with actors, Steven Yeun, Norman Reedus, Andrew Lincoln, Lauren Cohan, and some others.

Ogg is one of the talented and desired actors in Hollywood industry. He worked in various movies and television series and earned a decent amount of money from his acting career.

Ogg has also done several voice-overs for games including, Ride to Hell: Retribution. As of 2017, his estimated net worth is around $2 million.

According to some sources, it came to attention that, Ogg has a son named Bhodi Ogg. He posted a video on YouTube with the caption Quality time with son... which made public to know that he is married.

Though he often posts photos with his son and Ogg's wife is still a mystery to date. He does not seem to be interested in revealing it in the media.