Born in Los Angles, the American actress Stephanie Hsu grabbed her career breakthrough with Broadway production SpongeBob The Musical in 2017. Hsu's prominence to TV fame came with the role of Mei in Season 3 of The Marvelous Mrs. Maisel (2019) and totals 29 acting credits in 2020.

Stephanie Hsu was born on November 25, 1990, in Los Angeles, Calfornia, the USA. An American by nationality, Hsu hails from Asian ethnic background; her mother immigrated to the United States from Taiwan.

Raised in Southern California, Stephanie moved to New York to study acting & enrolled at New York University’s Tisch School of the Arts. From there, she obtained a BFA degree and later trained with Atlantic Theater Company.

From 2013 to 2015, Hsu appeared as self in the reality TV series Girls Code brought into fan attention. Thereafter, in 2016, the American actress was cast as Joy in the TV series The Path (2016- 2018, 19 episodes) alongside Aaron Paul, Michelle Monaghan, and Emma Greenwell.

Stephanie's major career breakthrough came in 2017 through stage production in the role of Karen The Computer in SpongeBob The Musical on Broadway. Her role as Mei Lin in the TV series The Marvelous Mrs. Maisel (2019, 7 episodes) added further fame to the actress's portfolio. The comedy-drama starred Rachel Brosnahan, Alex Borstein, Michael Zegen, and Marin Hinkle. 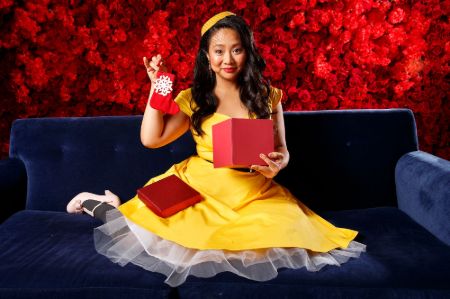 In 2019, she appeared in the Broadway production Be More Chill and in the TV series: Broadway Profiles with Tamsen Fadal and Marsfall. Stephanie's 2020 projects include the film Asking for It starring Colin Burgess and Janeane Garofalo, and the TV series Awkwafina Is Nora from Queens.

As per IMDB, Stephanie Hsu is set to appear as the title character in the TV series Karate Tortoise (post-production, 3 episodes) alongside David Fierro and Sarah Wharton. In her other project, Everything Everywhere All at Once (a sci-fi film) currently under post-production, Hsu will share the screen with Jamie Lee Curtis and James Hong.

The Marvelous Mrs. Maisel actress is low-key about her financial details & has not revealed her salary from acting credits. Without a doubt, Hsu collects a considerable sum through her acting career & experience of more than 14 years. As per online sources, Stephanie Hsu has a net worth of $200,000 in October 2020.

The 29 years old actress is yet to get married. Moreover, she is pretty low-key when it comes to revealing her love life. As of 2020, Stephanie Hsu is not reported to have any boyfriend and is allegedly single. No report on her past relationship ever surfaced on the media.

Currently, she divides her time between her hometown Los Angeles and New York, where she owns an apartment in Brooklyn.  Seems, Hsu wants to focus on her career for the time being; no doubt, this gorgeous & talented actress has won the hearts of many.