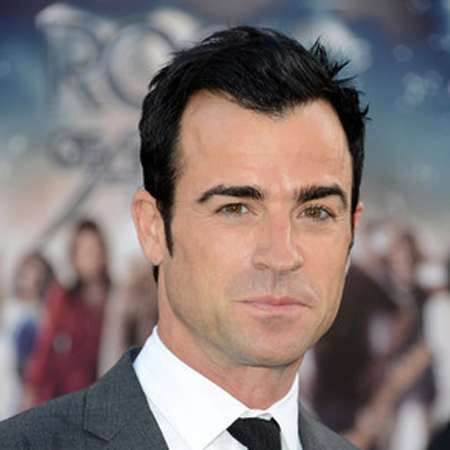 With his handsome looks and playful demeanor, Justin Theroux is considered as one of the leading faces in the field of acting. The actor made a memorable feature debut following his smashing performance in the successful indie film I Shot Andy Warhol. His role in the TV series The Leftovers from 2014-17 also earned him a strong review.

Justin Theroux was born on August 10, 1971, in Washington D.C. which lies in the United States of America. He is American by nationality and his ethnicity is white. He is the son of Phyllis who is a journalist and author for The Washington Post, and Eugene Theroux who is a lawyer at Baker & McKenzie in Washington. He has a younger brother as his sibling whose name is Sebastian Theroux.

Theroux went to the Lafayette Elementary School, Annunciation School, and The Field School. He started pursuing his acting career while in high school when he first acted at the Buxton School which lies in Williamstown, Massachusetts. He completed his college by graduating with a degree of B.A. in visual arts and drama from Bennington College in 1993.

He started his career in the TV series with his debut show Central Park West with the role of Gary Andrews in the episode called "Stephanie and the Wolves" in 1996. He has also featured in a video game called Call of Duty: Modern Warfare 2 in 2009. He has been nominated in many awards for his fantabulous acting, directing and writing skills and has won a few.

Justin is also a director and screenwriter. He is known best for working with film director like David Lynch, his work in Mulholland Drive which was released in 2001 and Inland Empire which was released in 2006. He is also best known as a screenwriter for films like Iron Man 2, Tropic Thunder, and Rock of Ages. He also started staring in the TV series like The Leftovers from 2014.

Justin Theroux's Net Worth, Salary, And Major Source of Income

Justin Theroux has an estimated net worth of $20 million, in 2019. His salary was $75 thousand from the TV series, The Leftovers where he has been stars since 2014.

In the year 2012, Theroux bought the Bel-Air house along with his ex-wife Jennifer Aniston for $21 million.

Justin Theroux dated his longtime girlfriend stylist Heidi Bivens from 1997-2011. The couple nonetheless broke up after over 14 years of relationship. The reason behind their separation is yet to be revealed.  The actor then started dating the actress Jennifer Aniston in 2011. The two first met while they were working on the film Wanderlust in 2011. This couple then got engaged in August 2012.

The power couple got married on August 5, 2015, after a few years of the love affair. There are many rumors on the different sources like this happy couple is about to adopt children and that they are about to have their first child via surrogate. The couple does not have any child but there was once a rumor about Jennifer's pregnancy surfaced which they denied later.

Theroux and his ex-wife Aniston announced their separation on February 15, 2018. Talking with Associated Press, they stated that the two parted ways at the end of 2017.  Prior to Theroux, the actress previously married legendary actor Brad Pitt.

It was also reported that the split was a lovingly made decision and they would continue their ‘cherished friendship’.

Following their separation, the actor is rumored to be dating Laura Harrier. But the two yet to be confirmed the rumor.

He has always been linked up with a woman and now he is married to a woman so there is no possibility of him being a gay and every having a boyfriend.