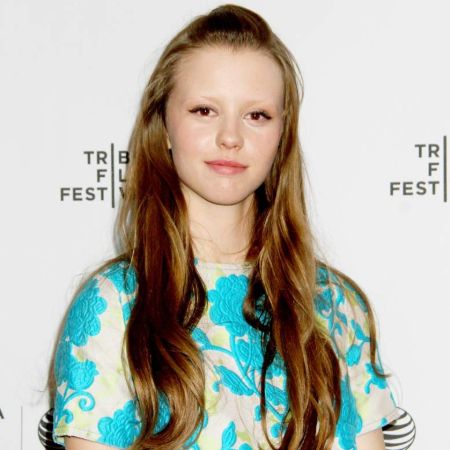 Mia Goth is an English actor and model, known popularly for her roles in Nymphomaniac, The Survivalist, and A Cure for Wellness. Moreover, Goth established herself in the entertainment industry from her supporting roles in the sci-fi mystery film High Life and Luca Guadagnino's remake of Suspiria. Besides, Goth is also well-known as the wife of actor Shia LaBeouf.

Mia Goth Spent Her Childhood Moving Around A Lot

Mia was born Mia Gypsy Mello da Silva Goth on November 30, 1993. She was born to a Brazilian mother and a Canadian father in Southwark, London, England. Mia Goth holds the nationality of Canada, Great Britain, and Brazil and belongs to the mixed ethnicity.

Her childhood involved moving around a lot. She was raised in Brazil, Canada, and England. She had to change her school frequently due to her family's regular shifts. She finally settled with her mother in London and joined a local secondary school there.

Mia Goth Is A Staple Of European Art Films

Mia was scouted by a talent agency when she was only 14 and subsequently recruited into the Storm Model Management modeling agency. Under their banner, Mia was featured in such magazines as Vogue and Miu Miu.

She landed her first movie role in the European art film, Nymphomaniac alongside Shia LaBeouf, Christian Slater, Uma Thurman, and Willem Dafoe, among others. She reprised her role in the second volume of Nymphomaniac.

She was subsequently cast in the TV series, The Tunnel where she played Sophie Campbell. Later, she made her appearances in such movies as The Survivalist, and Everest as well as the TV show, Wallander. 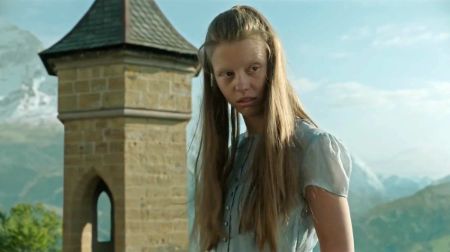 Mia in A Cure for Wellness SOURCE: Collider

She landed major roles in the 2016 horror movie, A Cure for Wellness, and was part of the supporting cast in the supernatural horror movie, Suspiria, along with Dakota Johnson and Tilda Swinton, in 2018. She was also part of the 2018 science-fiction movie, High Life.

Mia Goth Is A Millionaire

Mia is estimated to be worth around $1.5 million as of 2019. The 25-year-old model and actor is a staple of European art films with a distinct and stylized form of visual storytelling.

She started her career as a teenager and soon dazzled the screens with her beauty and her flair for the camera.

Everest is the most commercially successful movie that she has appeared in, which grossed $203.4 million at the Box Office.

Mia has had a whirlwind romance with American actor, Shia LaBeouf. The two got acquainted in 2012 on-set of Nymphomaniac. A few years into the relationship, the lovebirds decided to get married in 2016 and tied the knot at a Las Vegas Wedding in October that yea. Shia confirmed their marriage later that month. 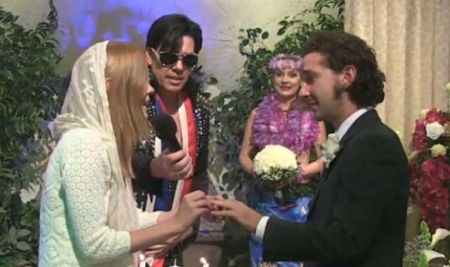 Their romance could not last long, and they announced they had separated and filed for divorce in September 2018 after being married for nearly two years. Since then, the model and actress has been leading a peaceful single life.