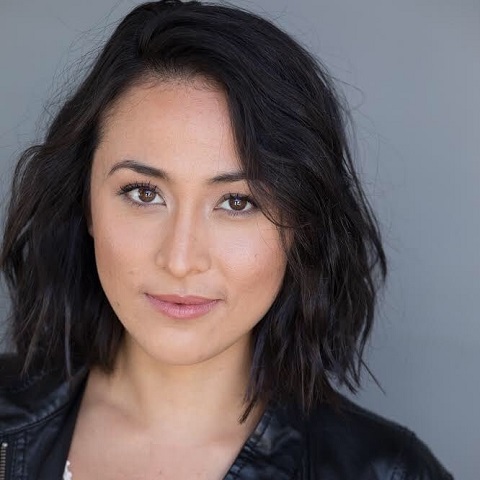 Sheena Midori is an American actress best known for starring on the Netflix original series, 13 Reasons Why. She is openly bisexual and just like Traci Dinwiddie and Melissa McBride, she is not shy to open up about her sexuality. She is in a relationship with her girlfriend Ligaya.

Sheena Midori was born as Sheena Midori Brevig on April 22, 1990, in San Francisco Bay Area, California, the United States of America, under the birth sign Virgo. Names of her parents are not available but as per the report, her father is American and her mother is Japanese.

According to an Instagram photo she posted in May 2018, she has a brother with who she was raised in Bay Area. She is of American nationality and belongs to Asian ethnicity.

Her height is 5 feet 4 inches while her weight is not available.

Happy Mother’s Day to my superhuman mama thank you for giving me the world.  #mothersday #love #happy #superwoman #mothers #potd

As for her educational background, Sheena has studied at Tufts University from where she completed her graduation with a B.S. degree in neuroscience in 2014.

The academic focus of Sheena Midori was health-related. However, after graduating from with B.S. degree in neuroscience from Tufts University in 2014, she realized her dream was to be an actor and thus, she moved to Los Angeles.

She was successful to become an actor and in addition to being an actor, Sheena is also a musician and dancer. She currently stars in the Netflix hit original television series, 13 Reasons Why.

Sheena is now a successful Hollywood actress and there is no doubt that she is making a good amount of money from her career.

The salary of the 13 Reasons Why actress is also not available. However, a television star in the United States reportedly makes $51 thousand per year on average.

Moving towards the personal life of Sheena Midori, she is openly bisexual. Yes, she likes both boys and girls. She is currently dating a beautiful lady, Ligaya.

She often shares photos with her girlfriend on her Instagram account and the pictures clearly show that the two are enjoying a romantic relationship together.

Here's one of those photos, check it out.

As the “official” Pride month comes to a close, I hope you still continue to celebrate all the love you have in your life every day. We use the term “love” in English to encompa s s so many different types of love, and they are ALL valid and special. As a queer/bisexual it’s been quite a journey learning to fully embrace and love myself, (still learning every day!) but being able to do so has brought even more love into my life. Be PROUD of who you are, don’t shy away from love, because when it comes down to it, that’s what matters in life. To love and be loved. Let’s all f** King love each other as fiercely as we can. Not just in the month of June, but every day #pride #lgbtq #loveislove #oneofthem

Sheena previously posted a throwback photo with Nicole Singh featuring a love emoji in the caption.