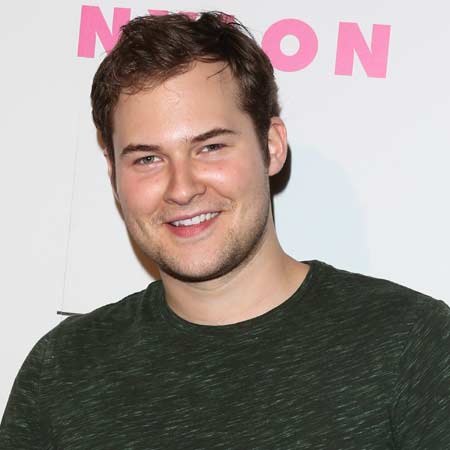 American actor Justin Prentice made his Hollywood debut in 2010 from the TV series, Criminal Minds. The following year, he made his movie debut with Terri as Dirty Jack. He worked in several movies and TV series, however, is popular for his works in Netflix’s TV series, 13 Reasons Why, ABC’s sitcom, Malibu Country and AMC’s TV series, Preacher. Prentice is dating his actress girlfriend, Annika Pampel.

Justin Prentice was born on 25th March 1994 in Nashville, Tennessee. Prentice is Aries which defines his personality to be magnetic and upbeat. He is American as per nationality and belongs to White ethnicity/race.

His parents raised him in a cabin and during an interview, he said that he used to go hunting and fishing with the family. Later, he shifted to LA to pursue a career in acting. While studying in high school he was on the basketball team.

Prentice then appeared in several TV series, The Middle, Suburgatory, NCIS, Glee, Castle, iZombie and Those Who Can’t. Particularly, he is famous for:

He is also famous for his role in the TV series, Glee. The series starred, Demi Lovato, Mark Salling, Lea Michele and Darren Criss. As of 2018, he is working as Bryce Walker in Netflix’s TV series, 13 Reasons Why.

Justin Prentice has an estimated net worth around six-figure mark, but, the amount is still under review. His major source of income is his acting career. Prentice earns a salary of $50k per episode from Selena Gomez’s production TV series, 13 Reasons Why.

Prentice is a supporter of a non-profit organization, Safi life which helps to promote female advancement in Africa via education and cross-culture collaboration.

Justin Prentice, the young and talented actor, is dating a beautiful German-born actress, Annika Pampel. Prentice revealed his relationship with Pampel in an interview and since then they have attended several functions and events together.

On 6th April 2017 during an interview, he disclosed that he was bullied as a kid which was the main reason he felt connected to his role in 13 Reasons Why. He stated,

It wasn’t in school, I was on a basketball team as a kid, and there were two twins who were a little older and a little bigger than I was, and there was some bullying going on there. I would talk to my parents about it, which was great… This is the South, so they're like, 'Just stand up to 'em! Tell 'em you're going to knock their teeth in, then you won't have a problem anymore.' I did that, and it worked, but that doesn't always work in real life.

His hobbies are playing football, basketball, and traveling.

Here is the video where Justin Prentice talks about his character in the TV series, 13 Reasons Why: