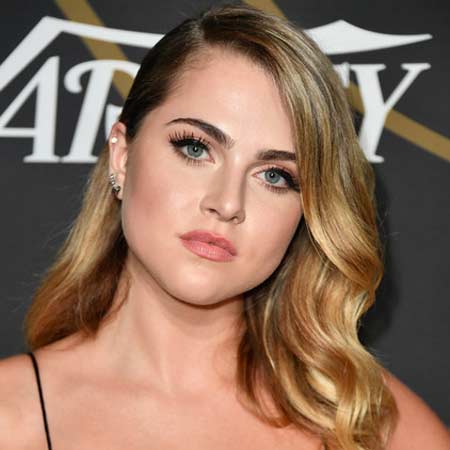 Winters went to a private Baptist school, Prestonwood Christian Academy in Plano. She also wanted to join the Southern Methodist University for her higher education but moved to Los Angeles to begin her acting career.

Anne Winters made her acting debut in the 2009 short film, Gloria as a student. The following year, she was cast in direct-to-video independent Christmas film, A Christmas Snow as Young Kathleen.

Winters then appeared in an episode of 2013 American comedy series, Liv, and Maddie as Kylie Kramer. The same year, she also featured in American family drama television series, The Fosters as Kelsey.

Some of his movies credits, Fatal Instinct, The Bride He Bought Online, #REALITYHIGH, Mom and Dad, as well as a television credits, Tyrant, Wicked City, Cruel Intentions.

As of 2018, Winters is working as a lead role Mia Phillips in Zac & Mia about two teens with cancer who fall for each other in an oncology ward. She also won the Daytime Emmy Awards for Outstanding Lead Actress in a Digital Daytime Drama Series.

Winters’s upcoming project is Season 2 of American mystery teen drama web television series, 13 Reasons Why, where she is portraying the character of Chloe, alongside Katherine Langford, Dylan Minnette, Alisha Boe, Brandon Flynn, Justin Prentice, and others. She is also cast in the 2018 ABC drama pilot Grand Hotel.

Night School is an upcoming comedy film of Winters, where she is starring alongside Kevin Hart, Tiffany Haddish, and many others.

Anne Winters' net worth is estimated to be in millions but, the amount is not made public and is still under review. As per some sources, the lead cast members of 13 Reasons Why earn the salary around $50k per episode. She probably earns around the same figure.

Anne Winters is dating Youtuber, Taylor Beau. The couple often posts several photos of each other on their Instagram account. The couple still has not made their relationship official.

Below, we present the interview of Anne Winters: