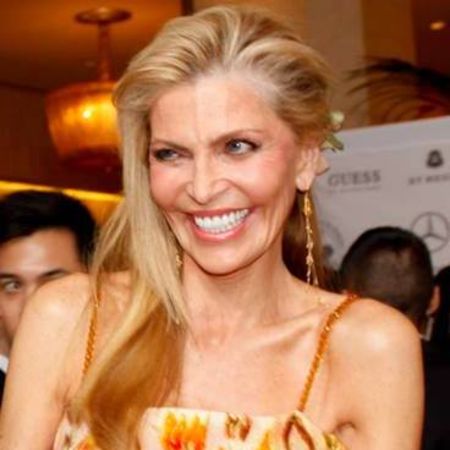 Shawn King is a popular Ameican actress who began her career after appearing in the film Saturday's Warrior. Similarly, she also worked in the movie and TV series like Christmas Eve, Knight Rider, and Remington Steele. Besides that, she is also a singer and TV host, but she came to the limelight as the seventh wife of the legendary TV host Larry King.

Shawn King was born on November 5, 1959, in Studio City, California, the United States. Her full and real name is Shawn Ora Engemann. She holds American nationality and belongs to the mixed ethnicity.

Her father, Karl Engemann was the chief of Artist & Repertoire at Capitol Records. Also, he was the business manager of Marie Osmond. On the other hand, her mother Jerri Engemann was a studio singer. She has three siblings named Shannon Engemann, Ryan Engemann, and Paul Engemann.

#TBT #TBT How blessed was I to open for Don Rickles in Vegas and Atlantic City?! I miss that dear man. A magical time working with so many wonderfully talented people! Thanks to Tony O, opening night, I surprised my family by being brought down from the ceiling in one of the Lido showgirl cages, landing in the middle of the showroom smack in front of their booth. I had such a great team putting the show together. #1 manager, my Dad, Jerry Williams, George Schlatter, Debbie Allen, a wonderful band and orchestra, brilliant backup singers and dancers, and a special appearance by my mom.

The actress Shawn King began her career in 1984 and made a debut from the movie Saturday's Warrior. She worked in the film such as Christmas Eve, Monaco Forever, Rover Dangerfield, and many more.

Similarly, she also worked in the television series like Knight Rider, Remington Steele, It's Garry Shandling's Show, Cover-Up, and Who's the Boss?. Besides that, Shawn served as TV host of the Hollywood Insider team from 1990 to 1996.

Later, in 2005, she started her music carer and released the album, In My Own Backyard. Likewise, she sang a Christmas track. Additionally, King, along with her partner Carlos Slim, founded an on-demand video network, Ora TV. Recently, she appeared in the movie Starlight in 2018.

Net Worth, Salary, And Lifestyle

Shawn King has an estimated net worth of around $1 million as of August 2019. She earns a handsome salary from her acting and singing career. Besides that, she also gains a good sum of figures as a host. The net worth of Larry is around $150 million.

She has worked in the numbers of films and television series. Also, the versatile figure from some endorsement deals, commercials, sponsors, and TV advertisements. She might get a hefty amount of money from the divorce settlement with her husband.

Shawn was married to an American TV host Larry King on September 5, 1997, in Los Angeles, California. At the time of their wedding, her husband was admitted to the hospital. The couple tied the knot in a hospital room just before three days of Larry's undergo surgery to clear a clogged blood vessel. 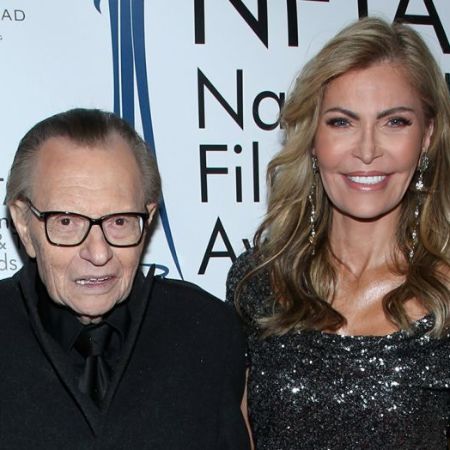 The pair welcomed their first child, Chance Armstrong on March 9, 1999. Later, Shawn gave birth to her second baby, Cannon Edward King on May 22, 2000. Shawn and Larry are divorcing even after nearly 22 years of marriage.

Prior to this, on October 24, 1980, the 5 feet 10 inches tall actress exchanged the wedding vows with Daniel Southwick. They shared a child named Danny, who was born on September 28, 1981.

On the other hand, her ex-husband Larry was married six times before exchanging vows with her. First of all, he was in a marital relationship with his wife Freda Miller from 1952 to 1958. Again, in October 1960 he married Annette Kaye. The couple even shared a child and later, divorced in 1962.

Additionally, King got married to Alene Akins in 1961 and separated in 1963. Again, the former couple exchanged their wedding vows in 1969 and split off in 1972. Likewise, from 1976 to 1984, he was in a marital relationship with his other spouse Sharon Lepore. Furthermore, he was also the husband of Julie Alexander from October 7, 1989, to 1992.