Sarah Wayne Callies is an American actress who played the role of Lori Grimes in the popular AMC series The Walking Dead, Sara Tancredi in the Fox hit series, Prison Break, and Katie Bowman in the USA Network drama series, Colony. Professional since 2003, Callies records 28 acting credits throughout her career of nearly 2 decades.

She has been married to Josh Winterhalt with who she welcomed an adorable daughter, Keala Winterhalt, in 2007. The couple is also the parents of an adopted son, Oakes Wayne.

Graduate Of the University of Hawaii

Sarah Wayne Callies was born on June 1, 1977, in La Grange, Illinois, the United States of America, to University professor parents David E. Callies and Valerie Wayne. Her father is a Law Professor while her mother is an English professor at the University of Hawaii.

An American by nationality, Callies has German and Czech ancestry. Her maternal grandfather was a Hungarian Jewish immigrant.

Studied at Punahou High School in 1995

After graduating from Punahou High School in 1995, Sarah enrolled at Dartmouth College in Hanover, New Hampshire from where she completed her undergraduate in Feminist Studies and a Senior Fellowship in Indigenous Theology in 1999.

She then joined the National Theatre Conservatory where she received her Master of Fine Arts degree in 2002.

Career: Appearances in Prison Break and The Walking Dead

In 2003, Sarah Wayne Callies moved to New York where she got her first lead television role on the short-lived CBS show, Queens Supreme.

She played the role of Kate O'Malley on the show alongside Oliver Platt, Kyra Sedgwick, Kristen Johnston, and Annabella Sciorra.

Prior to appearing on Queens Supreme, she played the minor role of Detective Jane Porter on The WB television series, Tarzan. 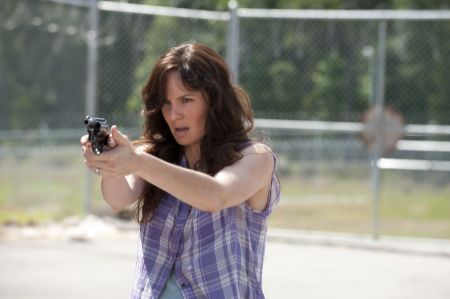 In 2010, Callies was cast as one of the lead actresses on the AMC horror drama series, The Walking Dead. She portrayed Lori Grimes in the series alongside Andrew Lincoln, Danai Gurira, and Norman Reedus.

In 2015, Callies appeared in Uli Edel's thriller film Pay the Ghost opposite Nicolas Cage.[15] Later in 2016, she played the role of Katie Bowman in the USA Network drama series, Colony.

According to the Celebrity Net Worth website, Sarah Wayne Callies has an estimated net worth of $5 million as of 2022. She has a collection of luxurious cars and she lives in a very big and expensive mansion.

While appearing on Prison Break, she and her co-stars Wentworth and Purcell each was getting paid $175,000 per episode. Moreover, her works in the TV series The Long Road Home (2017), Colony (2016-18), & The Walking Dead (2010-18) allegedly summed her up tens of thousands of dollars an episode.

Moving towards the personal life of Sarah Wayne Callies, the 28-year-old actress has been married to a martial arts expert, Josh Winterhalt.

The couple first met at Dartmouth College in the late 90s, where Winterhalt is a martial arts teacher. Shortly after they began dating & married on July 21, 2002, in an intimate ceremony before friends and family members. 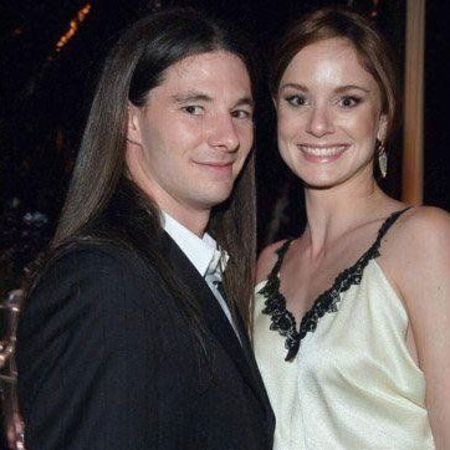 Five years after getting married, the husband-wife duo welcomed their first child, a baby girl named Keala Winterhalt, on July 20, 2007; Sarah was 30 years at that time. They have also an adopted son, Oakes Wayne, who was born in August 2013.

Sarah is an active social media user; her Instagram (@sarahwaynecallies) has over 2.1 million followers, while her Twitter account (@SarahWCallies) has a fandom of 41.7K followers in 2022. 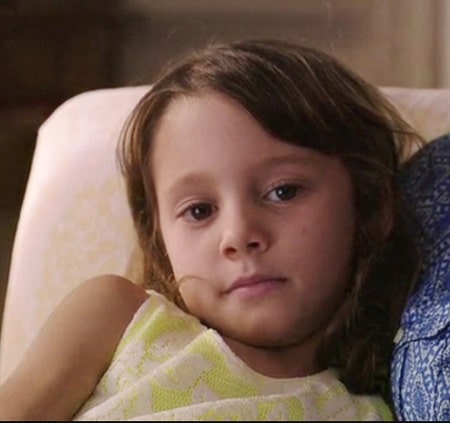