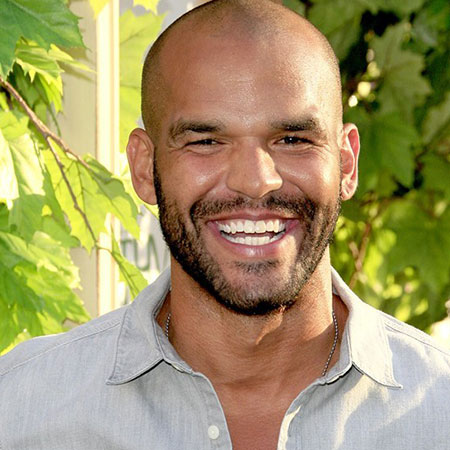 Puerto Rican actor and producer, Amaury Nolasco's original plan was to become a doctor, however, as we can see destiny had different plans for him. He was studying biology when he got his first offer of an acting job and the rest is history. He has been active in the industry for many years and is notable for his appearances in the television series such as Prison Break (2005), Transformers (2007) and A Good Day to Die Hard (2013). Further, he made his big-screen debut in the 2000 crime drama Brother.

Amaury Nolasco was born Amaury Nolasco Garrido on December 24, 1970, in Puerto Rico, to Camelia Garrido, and Ángel Nolasco. He had a sister named Deborah who pa s sed away in 2010.

Nolasco’s birth sign is Capricorn. He Left Puerto Rico and moved to New York, where he attended the American British Dramatic Arts School.

Previously, he wanted to become a doctor and went to the medical school to major in biology, but after he was offed a television commercial, he dropped out. Further, he also studied biology as a full-time student at the University of Puerto Rico.

Amaury Nolasco got his first television credit in 1997 Drama, romance, Fall, however, his role in the drama was uncredited. Then, he made his guest appearances in various television series such as New York Undercover (1998), Arli$$ (1999), and Pacific Blue (2000) among others.

After that, he gained recognition following his appearances in the 2000 gangster film, Brother where Nolasco played as Victor. He was cast along with Omar Epps, Tatyana Ali, Antwon Tanner, and others. His second movie was 2003 American action film, 2 Fast 2 Furious played as Orange Julius.

The following year, Amaury Nolasco went on to co-star opposite Bernie Mac in the American sports comedy film, Mr. 3000 as Minadeo. Angela Ba s sett, Brian J. White, Michael Rispoli, and others are the cast of the movie.

Nolasco's additional television and film credits are, Southland, Jerry Bruckheimer's Chase, Work It, In the Blood, Noches con Platanito, Telenovela, Power, Prison Break, and Deception among others. As of 2019, he is busy with his upcoming American drama television series, Hightown which will air in Starz  Cable network, however, the date is yet to be revealed.

Amaury Nolasco has an estimated net worth of $3 million, as per celebrity net worth. Though his exact salary is not revealed, as per the sources, the average salary of an American film actor is $81,000, however, it depends on the production of the film and the popularity of the brand.

Amaury Nolasco is possibly single as of now. The low-profile American actor Nolasco has not been married yet and also is out of dating rumors and avoids media attention as much as possible.

Previously, he was in a relationship with American actress, producer, and director, Jennifer Morrison. The couple began dating in 2009 after meeting through a mutual friend. However, the relationship reportedly lasted three years.

Further, Nolasco also dated Dayanara Torres; a Puerto Rican actress, singer, model, writer as well as a beauty queen who won Miss Universe 1993. The detail information regarding their relationship is under the radar.

A short interview of Amaury Nolasco; he sat down with CineMovie in Miami to talk about his new role with Kevin Costner, Gary Oldman, and Tommy Lee Jones.