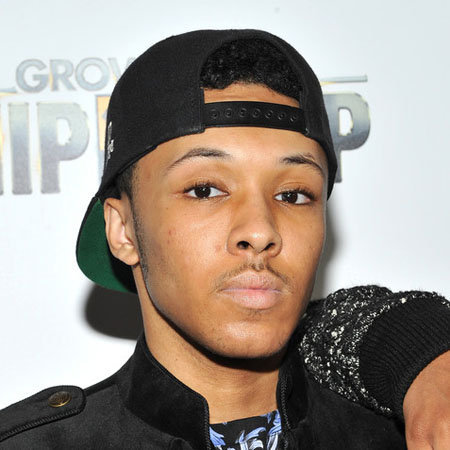 Russell Simmons II is an American actor, famous for appearing in the American reality television series Run’s House, a series that chronicles the family life of his father, former Run–D.M.C. rapper and hip-hop music pioneer Joseph Simmons, also known as Rev Run. From 2015-16, he appeared as a host in the TV series Rev Runs Around the World. He is one of the rising stars in Hollywood. His father is also a practicing minister known as Reverend Run.

Born In Bergen County He Has Five Siblings

Russell Simmons was born on August 30, 1997, in Saddle River in Bergen County, New Jersey, United States. He was just eleven years old when he got on his family show. He was the youngest cast of the show. His nationality is American and ethnicity is African-American.

Russell Simmons II is popularly known by his nickname ‘Russy Simmons’, or simply just ‘Russy’. He was born to rapper Joseph Simmons and Justine Simmons.

His uncle Russell Simmons is the co-founder of American hip-hop label Def Jam Records. His grandfather was Daniel Simmons, the abstract expressionist painter. He is from a reputed family.

Russell Simmons has an elder brother Diggy Simmons and a sister Victoria Anne Simmons, who died shortly after birth due to a birth defect called omphalocele. He also has two step-sisters: Vanessa Simmons and Angela Simmons and a step-brother Josh “Jojo” Simmons Jr. from his father’s previous marriage with Valerie Vaughn.

Shortly after the death of Vanessa Anne Simmons, the family had adopted Miley Justine Simmons.  All his family members are present in Run’s House. He also has two cousins: Aoki Lee Simmons and Ming Lee Simmons.

From an early age, Russell Simmons II enjoyed skateboarding and was passionate about acting. At the age of eleven, he started his career by starring in MTV’s reality show Run’s House in the year 2005 along with his family members. The show ran for six seasons, ending in 2009.

During the time, Simmons became famous for being the youngest and the most unusual character in the show.

After Run’s House, was seen in ‘Rev Runs around the World’ and ‘Rev Run’s Sunday Supper’, both airing on a travel channel and cooking channel. In these shows, he worked with his parents and younger sister Miley Justine Simmons.

In 2006, Simmons also appeared in the show BET Awards 2006 as himself and in 2011, he starred in ‘In the Flow with Affion Crockett’ where he again appeared as none other than himself.

Russell Simmons’ net worth is expected to be around $2 million at present. His father Joseph Simmons has $70 million net worth. He lives in his father’s house in New Jersey which is cost 5.5 million.

He has been nominated for the Teen Choice Award for Choice TV Male Reality Star in 2005 along with Joseph Simmons and Daniel Simmons. The young actor has a long way to go in his career.

His father Rev Run appeared on the MTV series Run's House, a reality show revolving around his everyday life with his family, from 2005-2009. He also stars with his parents and younger sister, Miley on the shows Rev Runs Around the World, and Rev Run's Sunday Suppers.

The Simmons family lives in Saddle River, New Jersey in a six-bedroom colonial-style home that was listed for sale in 2007 for $5.5 million.

Russell Simmons stands at the height of 5 ft 6inches. Heis currently very active on social media and is in a good relationship with his fans. He tweets a lot and posts a lot of photos on his Instagram and is quite frank about his personal affairs. The 20 years old star has recently started to go to college.

Russell Simmons is not dating anyone. The 22-year-old star has recently started to go to college. He has yet to share even a clue about her love life, relationship, and girlfriend. As of now, Russell seems more devoted and focused on his career rather than anything else. He spends his leisure time with his parents and siblings.

Whereas his parents have been married since 1994. His father previously married his ex-wife Valerie Vaughn in 1983 and divorced in 1992.

Russell is very active on social media and is in a good relationship with his fans. He tweets a lot and posts a lot of photos on his Instagram.