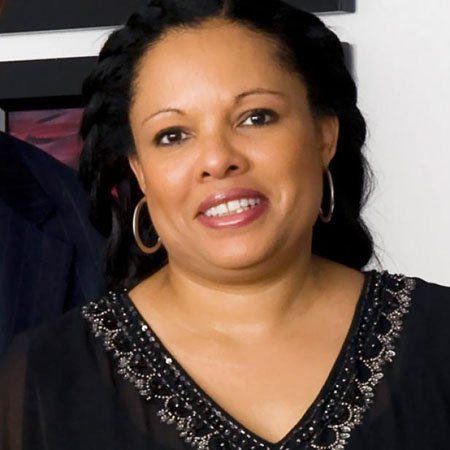 Justine Simmons is a celebrity and a reality television star who has been known for being the wife of the famous musician Joseph Simmons and for having been portrayed in the MTV series Run’s House.

Justine Simmons is the wife of Joseph Simmons and a reality television star. She is a personality of black ethnicity and American nationality.

Justine Simmons has born on the 11th of December, 1965. She was born in the United States. She rose to fame for appearing in the series Run’s House. Her age is known to be in the range of fifties.

Justine Simmons was showcased as a reality television star in the hit series of MTV series Run’s House. The show ran from 2005 to 2007. She has not only been known for being the wife of Joseph Simmons but also for her individual endeavors as well. She is also the owner of a jewelry line called Brown Sugar. Her jewelry line has been featured on HSN in the year 2007.

Justine Simmons is also the co-author of the best seller Take Back Your Family on the year 2008 and this becomes a New York Times bestseller. This book was co-authored with her husband. She has been known for her charitable events as well. She has also collaborated with Kool-Aid along with her husband to open the non-profit organization called KaBOOM.

Justine Simmons is a married woman. She ahs have been married to Joseph Simmons who is a well-known producer and musical personality. Her husband had been previously married. Justine got married to Joseph on the 25th of June, 1994 and they have three children together.

The first child of the pair is Daniel Simmons II who is also an artist. Russell “Russy” Simmons in their second child. Their third child was Victoria Anne Simmons. Sadly the child died shortly after her birth due to a condition called omphalocele, a birth defect that led her organs to grow outside her body. The entire process was also doc u mented and showcased on their hit reality television show Run’s House. They later adopted a little girl called Miley Justine Simmons and the couple lives together in Saddle River, New Jersey.

Justine Simmons lives in a six-bedroom colonial style home. The house situated in New Jersey houses her children and her husband. The home is worth a whopping $5.5 million.

Justine Simmons has a huge amount of net worth for having appeared in the hit television series. However, her net worth is quite less than that of her husband. Her husband is worth a whopping 70 million dollars and his net worth has increased considerably over the years. It can be surely said that couple is economically very stable as of now.