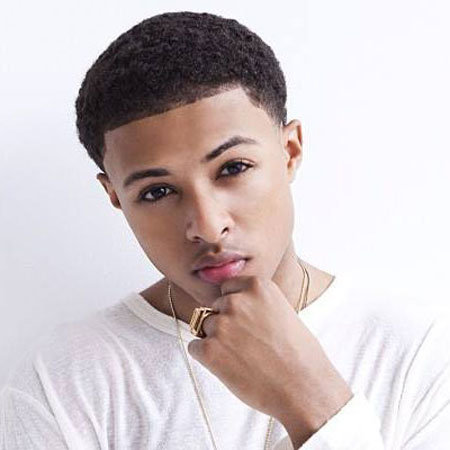 Diggy Simmons is a singer, actor as well as a rapper who has been known for being the child of Joseph Simmons as well as for his portrayal of a reality star in Run’s House.

Diggy Simmons is the fourth child of Joseph Simmons and his wife and is an actor, singer, and rapper by profession. He has made his name in the television sector for being the reality star of 'Run's House', an  MTV reality television show. He is a personality of American nationality and his ethnicity is mixed.

Diggy Simmons was born on the 21st of March in the year 1995. He was born in Queens, New Yor. His parents are the famous personalities Joseph “Rev. Run” Simmons and his wife Valerie Vaughn. Born to a musical family, he was interested in music since a very small age.

Diggy Simmons started off his career in the year 2009. He released his mixtape called The First Flight and he chose the Atlantic Records to be signed into. He was named one the of Artist’s to Watch on 2011 and rightly so, he started off his first tour for BET’s 106 and Park and was appreciated for it. He then released his debut album Unexpected Arrival which was positively undertaken as well.

Diggy Simmons is set to release his fourth mixtape named Out of this World. He has also released a single called Mama Said on 2013 and this has been followed by the release of his single named My Girl from his upcoming EP. His acting career includes appearing in Parental Guidance as well as in the reality show Run’s House.

Diggy Simmons is a reality television star and needless to state, his personal life and affair have been pretty open to the general public. It has been known that the actor and versatile personality has dated Destiny Thompson on 2010. The relationship ended and his next girlfriend was Jessica Jarrell.

Jessica Jarrell and Diggy Simmons dated each other for a few months in the year 2011. As of now, however, this unmarried personality seems to be single and to be focusing more on his career as of now. No details about him having a girlfriend have emerged and he has not been rumored to be dating anyone as of now.

Diggy Simmons has the net worth of a whopping $3.75 million, accumulated due to his endeavors as a singer and artist. His salary and net worth has risen sharply over the years and is certainly on the rise even now. Diggy Simmons has the height of 5 feet and 9 inches and an amiable personality that appeals to his fans all over the world.