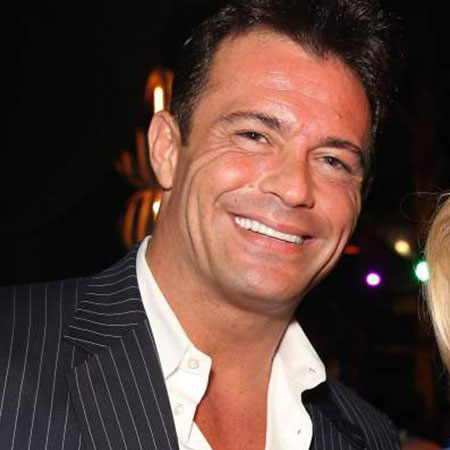 Romain Zago, born in France and grew up in Italy, is a nightclub owner. He runs his own nightclub Mynt Lounge which has hosted many famous celebrities. He is famous for being the husband of the model and actress Joanna Krupa. The businessman is engaged now.

Who Is Romain Zago?

Romain Zago was born on November 8, 1972, in France under the zodiac sign Scorpio. Even though he was born in France, he grew up in Brazil and Italy where his parents relocated due to their work schedule.

He holds a French nationality and belongs to the mixed ethnicity of Polish and American. According to the source, he trained Brazilian jiu-jitsu and obtained a black belt.

Romain Zago relocated to Florida after completing his education and started working in the nightclub in the early 2000s. Later, he started working as the VIP director of the Mynt Lounge. He worked there for some years and later bought the place outright and continued to secure it as one of the prime locales for Miami nightlife.

His club is located on Miami’s renowned 2100 block of Collins Avenue which has also played host to many famous celebrities including Paris Hilton, Jennifer Lopez, Britney Spears, and Giselle Bundchen.

What Is Romain Zago’s Net Worth?

According to the celebritynetworth.com, Romain has an estimated net worth of $16 million. Romain gathered all the fortune from his night club. He started working as the VIP director. Sources reported he spent about $1 million recently in redecorating his night club.

After having such an impressive net worth, the entrepreneur obviously lives a lavish lifestyle.

In September 2017, Zago listed his 2,139-square-foot condo for $2.2 million which has two bedrooms, two-and-half bathrooms.

Romain, aged 46 has been speculated to be in a relationship with the model Carolina Delgado. He has been uploading his photo together with rumored girlfriend Carolina on his social media for the last few months. But the two did not officially announce their relationship to the media even after a few months of romance.

In April 2019, the Mynt nightclub and newly opened MynTu Restaurant owner Zago got engaged to the model Delgado. He announced his engagement with Carolina via his Instagram account posting video on April 20. In the video, he was seen putting the ring on her finger with the help of two Miami police officers.

Romain Zago Is Once A Divorced Man

Prior, Romain was married to actress and model Joanna Krupa before he started his relationship with Delgado. His former wife is also an actress. They got married in June 2013 at the Park Hyatt Aviara Resort which is located in San Diego, California.

More than 150 guests attended their wedding which also included Alexia Echevarria and Adriana DeMoura. Krupa had an interview after she returned from their honeymoon where the actress said they would love to have twins a boy and girl.

One year ago, she hunted me down & turned me into her . It wasn’t a normal ride, but it def was one of the most interesting ones.. We may be complicated at times (or most of the time ), but every day that goes by, this relationship keeps growing stronger, proudly different from everyone else & def more fun. W our games and our romantic trips, I must admit that she def Cupid’ed me when I least expected it. And most importantly, at the end of the day, she works hard to make me feel special.., & for that, I am grateful and honored to call her my girlfriend. u @carolinadelgadofit #mostinterestingcoupleintheworld

The couple started facing some serious problems in their relationship and they announced their separation in May 2017. Later Joanna filed their divorce in July 2017. Later in 2018, Joanna got married to Douglas Nunes and had a private ceremony.

According to the source, their legal documents claimed their marriage was ‘irretrievably broken’ and they jointly filed for divorce.

On November 13, 2017, they signed a supplemental final judgment but the modification to the deal is still remains sealed. After they signed the new deal, they sold their Miami condo for $1.5 million. They both agreed not to go on spousal support during their divorce settlement. The divorce settlement provided Joanna an L.A. home while Romain got to keep his Miami condo.

He Is An Outdoor Lover

He is an avid animal lover. Especially, he has a great attachment for dogs and also has two pet puppies, named Darla and Rugby.