Joanna Krupa and Romain Zago getting divorced, find out why! 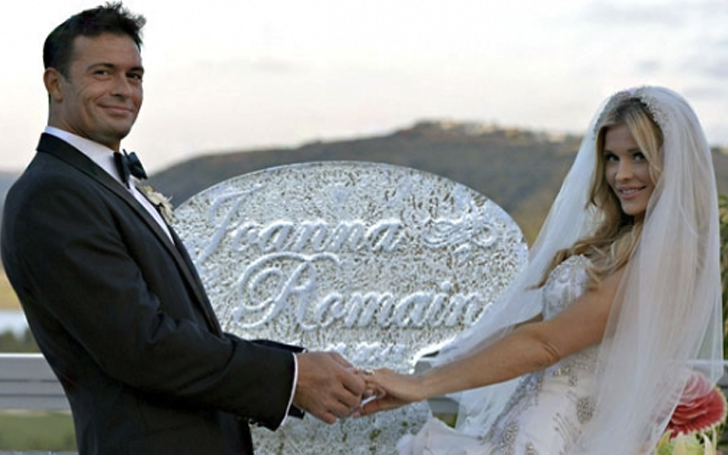 Real Housewives of Miami Star Joanna Krupa, a Polish-American model, and actress, is single! Yes, you got it right.The model and her husband Romain Zago reportedly called off their marriage of 4 years!

Krupa married Zago, a nightclub owner and a businessman in 2013. According to reports, the couple has been separated since last December! So, when is the divorce? Let's find out!

Are Joanna Krupa and Romain Zago getting divorced?

According to E!News, 38 years old Polish blonde called off her marriage and the pair is separated since December.

''They just grew apart'', a source told E!News.However, they remain friends, the source added as Krupa frequently flies to Florida from L.A to visit Zago.

According to the daily dish, in an interview in March 2016 Joanna Krupa revealed that she is ready to be a mom.

I will admit I don't think a thousand percent I'm ready to have a child right now, but the fact that I see my husband like light up, I know it's the right time. So we've been discussing it.

The couple that was planning to start a family, ended up getting divorced! That's quite sad, but nothing new or absurd for Hollywood.

Krupa celebrated her 38th birthday in April without her husband and she was also spotted without her wedding ring on in LA.

The couple was also quite active on social media, however, as of recent, they have been silent. Probably, trying to avoid each other? After separating Romain, she is linked to businessman Nico Santucci.

After dating for several years, Joanna Krupa and Romain Zago got married in June 2013 in California.The wedding was described as a "million dollar princes's ceremony".

Joanna Krupa  and Romain Zago at their wedding

The now separated couple got engaged in 2010, however, they called off their engagement in 2012 after a huge fight. Joanna talked to  In Touch saying:

“We got in a huge fight, and I just pretty much got fed up with it,”

The former Dancing with the Stars' participant further added:

“He loves me to death, he wants to be with me, but there’s something that’s holding him from committing 100 percent."

Eventually, the couple reunited and ended up getting married in 2013. After 4 years of marriage life, the couple is apparently separated now! Since they are still not divorced, could they get back together again? Let's wait and watch for that!

A positive attitude is the key to happiness. Always set your goals high and never be afraid of failure.... if u don’t try you will never know. Surround yourself with happy, warm humble and genuine people.”

Even though positive, it looks like Krupa is taking about a new life, about moving on. Does this mean there's no hope for reconciliation? Seems like Joanna Krupa is done with Romain Zago for good. Could it be Zago's commitment issues that broke off their marriage? We'll let you know as soon as the story unfolds more. Keep coming back to Article Bio.