Polish-born model, actress and animal rights activist, Joanna Krupa, is well recognized as the host and head judge of Polish Top Model. Moreover, Krupa is also popular for her appearance in the dancing reality show Dancing with the Stars and reality show Real Housewives of Miami.

The 40-year-old Polish-American actress and model Krupa is expecting her first child with second husband, Douglas Nunes. The mother-to-be announced her pregnancy sharing a selfie of her pregnancy test on her Instagram back in May 2019. She wrote she and her husband were more than excited to start a new chapter of their life. 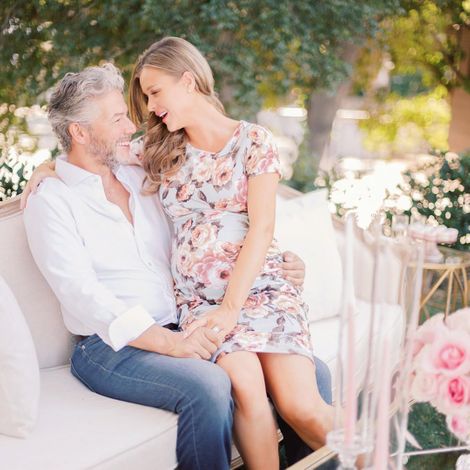 Joanna Krupa and her husband Douglas Nunes were expecting their first child together SOURCE: Instagram

Krupa and Nunes will welcome their baby in early November. Meanwhile, back in September, Krupa doc u mented her baby bump in a series of photoshoots which she shared with PEOPLE.

Krupa and Nunes got married on 4th August 2018 at an intimate wedding in Benedictine Abbey, Karkow, Poland. Moths before the wedding, the couple became engaged in March 2018. In an Instagram post on 19th October 2019, Krupa announced she met her husband Nunes two years before at a dog park in an Instagram post.

Before Krupa started dating Nunes, she was married to Romain Zago, a nightclub owner and businessman. The lovebirds dated for years before getting engaged in 2010. Three years after their engagement, they got married on 13th June 2013 in Aviara, Carlsbad, California.

US Weekly reported the couple's $1 million was recorded for the third season of Bravo's The Real Housewives of Miami. The outlet further mentioned Krupa wore a $30,000 Chagoury Coutre gown on her big day. She accessorized her outfit with a veil made of silk tulle. 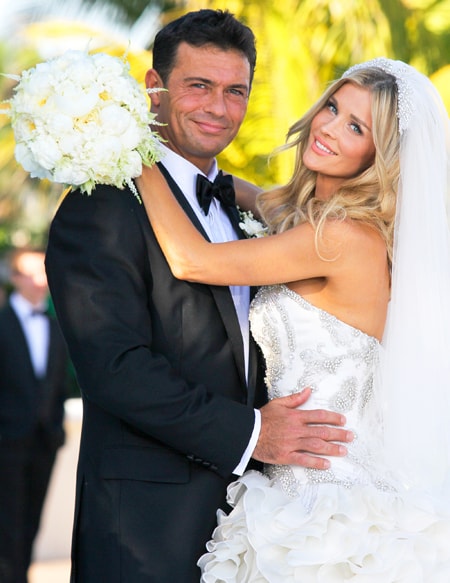 A snap from Joanna Krupa and Romain Zago's marriage SOURCE: Us Weekly

Shortly over three years after their marriage, Joanna Krupa filed for divorce from Zago in July 2017. At the time, a source close to the couple said they were separated since December 2016. As per the court doc u ments, the pair had already divided their a s sets privately with a Marital Settlement Agreement.

While their divorce was still underway, Krupa was romantically linked to entrepreneur Nico Santucci. But, the couple separated shortly later.

Net Worth And Properties

According to Celebrity Net Worth, reality star and model, Joanna Krupa, has a hefty net worth of $8 million in 2019. Her career as a model, television host and reality star is the primary source of her income.

On the other hand, her husband Nunes, who is a night club owner and an entrepreneur, might have a net worth in millions, however, it is not revealed as of now.

Meanwhile, Krupa owns a few properties in America. Back in 2011, Krupa bought a four-bedroom and three-bathroom waterfront home for $3.4 million. She and her first husband lived in the house after their marriage in June 2013. 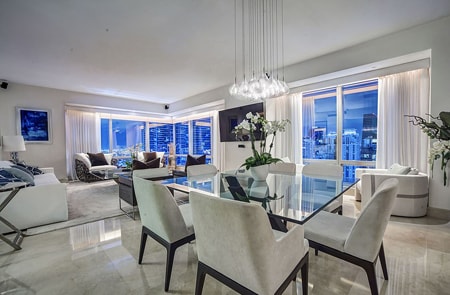 Inside look of Joanna Krupa's Miami condo that she sold for $1.55 million in 2018 SOURCE: Daily Mail

In October 2013, Krupa and Zago paid $1.37 million for the 42nd-floor condominium in Miami, Florida. They moved into their new condo the same month and put their previous home for rent at $16k a month. The apartment that spreads at 2,140-square-foot features two-bedroom and 2.5-bathroom.

Less than a year later, Krupa and Zago listed their condo for sale with an initial asking price of $1.975 million. But they couldn't find any buyer until 2018 when it was reportedly sold for $1.55 million.

Joanna Krupa started her career as a model. Within a few years, she was able to make her appearance on the cover of several magazines, including Stuff, Shape, Maxim, and Inside Sport. Moreover, she was also named the Sexiest Swimsuit Model in the World by Maxim.

Krupa was voted German Maxim's Model of the Year in 2004-2005. Meanwhile, she has also made her appearance on the cover of Playboy twice and the Polish versions of Cosmopolitan, Glamour, Grazia, and InStyle. As of now, Krupa hosts and serves as a head judge on the Polish version of Top Model, which she started in 2010.

On television, he is famously known for her appearance in the Bravo series The Real Housewives of Miami in the 2012-2013 season. Moreover, she is also recognized for her appearance on Dancing with the Stars in 2009, where she was paired with professional dancer Derek Hough.

Besides her involvement in the glamor world, Krupa has also involved in animal rights movements. Back in 2009, she featured in the ad campaign for dog adoption by PETA. She had also made her appearance in the ad campaign of PETA against the use of natural fur. Meanwhile, Krupa has also founded an animal rescue group, Angels For Animal Rescue, along with her friend Gabi Guiterrez.

Born In Poland, Krupa Moved To Illinois At Five

Joanna Krupa was born as the oldest child to Steven Krupa and Wendy Krupa on 23rd April 1979 in Warsaw, Poland. She has a younger sister, Marta, who also pursues a career in modeling. 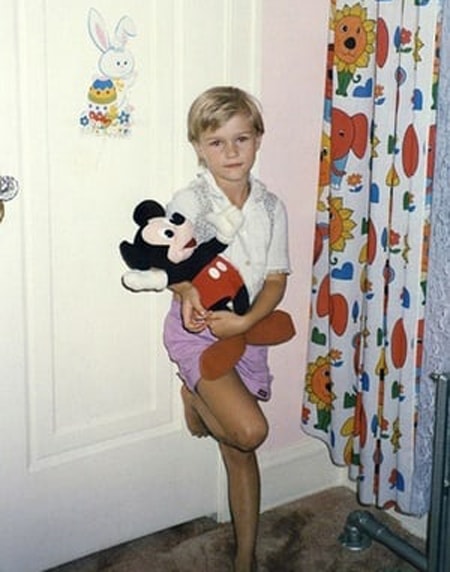 Krupa follows Roman Catholic. She moved to Illinois with her family at the age of five. There she completed her education from Mary Lyon Public School and Steinmetz High School.