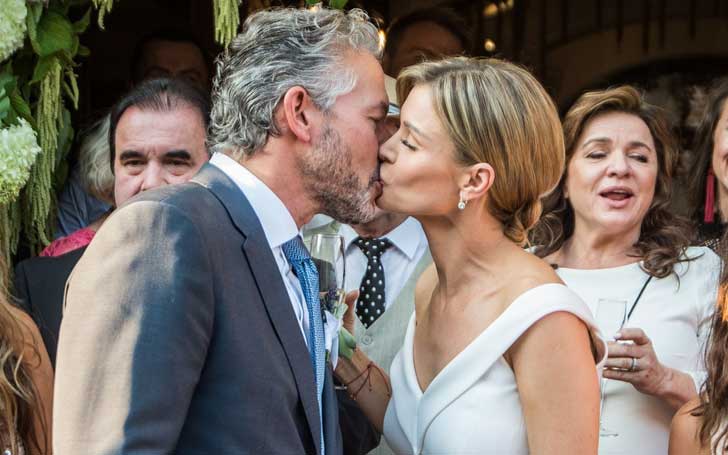 Joanna Krupa is officially off the market!

The Real Housewives of Miami starlet Joanna Krupa tied the knot with her long-time boyfriend, Douglas Nunes in an intimate ceremony in Poland on Saturday, 4th August 2018.

The bride, 39, took to her Instagram to announce the news where she shared a photo from their wedding. "We did it! @nunes451...", Krupa captioned the picture.

We did it ! @nunes451... dress @sylwiaromaniukcouture @ewa_pieczarka @malgorzata_urbanska_mua @justyna_bulinska #krakow #tyniec it was a very private and small family gathering..wish I could have shared it with all the people that I love.

The reality star said the ceremony was private and a small family gathering in the caption.

The bride opted for a Sylwia Romaniuk gown with a mermaid silhouette and a form-fitting V-neck bodice for her big day where the groom wore a black suit.

Meanwhile, Nunes also posted a smiling selfie with his wife on Saturday writing "Done deal!", alongside the photograph.

Back in June, the RHOM star told Us Weekly she wanted to keep her wedding simple where she revealed she even considered eloping at one point. "No big crazy wedding like I did the first time," she said.

Poland's Next Top Model judge, Krupa got engaged to her boyfriend, Nunes in March this year just months after her divorce from her husband of four years, Romain Zago.

Krupa shared a snap of her huge engagement ring confirming her engagement where she wrote, Just another weekend in the Krupa-Nunes household", alongside the photo.

Just another weekend in the Krupa-Nunes household  @nunes451