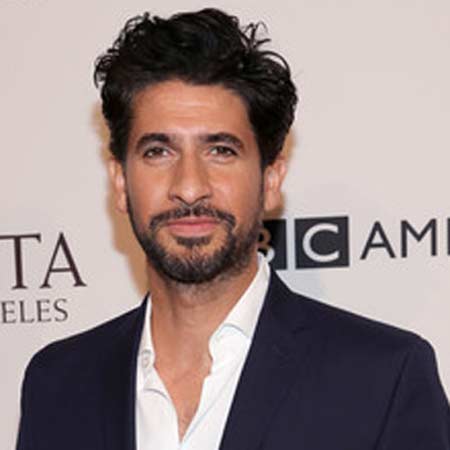 The British actor, Raza Jaffrey, is well recognized for his role as Zafar Younis on the BBC One’s spy drama series, Spooks. He is also known for his appearance on the CBS TV medical drama TV Series, Code Black. He is best known for playing Pakistani Lieutenant Colonel Asar Khan on the Showtime series, Homeland.

Jaffrey is credited for his performance in several theater plays. In addition, he was also involved in a jazz band as a lead singer.

As of 2018, he is working in Netflix’s TV series, Lost in Space. Besides, he created a dancing show, RED.

Regarding his personal life, he is married twice. He is currently living with his actress wife, Lara Pulver. The couple shares a son together.

Raza Jaffrey was born on 28th May 1975 in Wallasey, Merseyside under the birth sign Gemini. Jaffrey is British by nationality and belongs to Mixed (Anglo-Indians and Caucasian). He is the son of Joan Bradshaw and Hyder Jaffrey (an Indian sea captain from Agra). His parents raised him in London.

Jaffrey attended Dulwich College along with Rupert Penry-Jones, an actor. Later, he joined the Manchester University where he studied English and Drama and also studied acting at Bristol Old Vic Theater School. Moreover, he intended to join the Royal Air Force as a pilot.

Jaffrey appeared in many theaters plays as well. He played numbers of plays at Edinburgh Festival Fringe.  He then worked with Royal Shakespeare Company and later joined a jazz-funk band as a lead singer. He also participated in America’s Next Top Model.

Raza Jaffrey made his movie debut in 2004 as Rashid Dhar in Dirty War, directed by Daniel Percival. In 2007, he worked in thriller drama film, Infinite Justice starring Kevin Collins. His acting in the movie helped him to win Best Supporting Acting Awards at the Kara Film Festival.

He worked in several movies, Eastern Promises, The Crew, Harry Brown and Sex and the City 2. In 2016, he appeared as Jake Al-Shadi in action-adventure film, The Rendezvous with Stana Katic, Alfonso Bassave, Meg Cionni and Darby Stanchfield.

In 1999, Jaffrey made his TV debut as Mr. Datani in the EastEnders. He also appeared in an episode of Casualty in 2002. Also, he worked in several TV series, Spooks, Murder Investigation Team, Life Isn’t All Ha Ha Hee Hee, and Mistresses.

As of 2018, he is working in Netflix’s TV series, Lost in Space with Toby Stephens, Molly Parker, Mina Sundwall, Taylor Russell and Kiki Sukezane.

Besides, he also created his own dancing show, RED.

Raza Jaffrey has an estimated net worth of 6 digit number as per some online sources, however, the amount is still under review. Jaffrey worked in several hit movies that made an impressive collection at the box office. His successful movies include:

Furthermore, he created and co-produced a dancing shoe, RED. The show is all about dozens of dancing styles. Most of the styles are brought together by the influence on and from India. He might be collecting a good amount from his show. 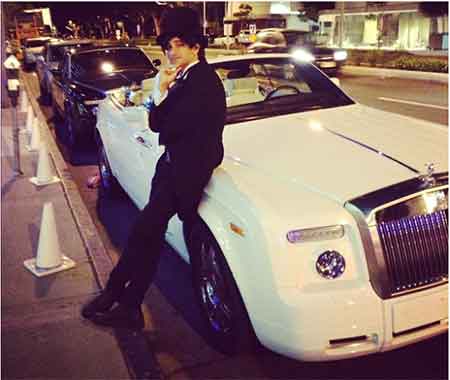 Raza Jaffrey is a married man. Jaffrey married Lara Pulver on 27th December 2014. His wife, Pulver is a popular English actress best known for her role in BBC’s spy drama, Spooks. The couple together worked in the series, Spooks.

The pair tied the knot after dating for several months. They share a child together but prefer to keep their child far from the limelight. His wife gave birth to their child in February 2017as per some online sources. 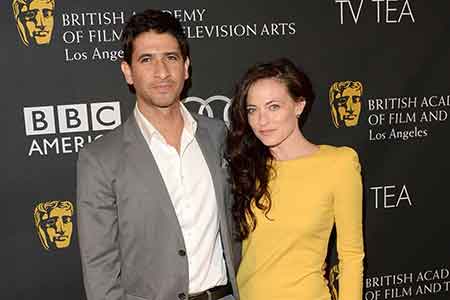 CAPTION: Raza with his wife, Lara Pulver in an event. SOURCE: Evening Standard

Previously, Jaffrey was already married to actress, Miranda Rasion. The couple met for the first time on the sets of Spooks and eventually started dating. In September 2007, the couple exchanged the vows. 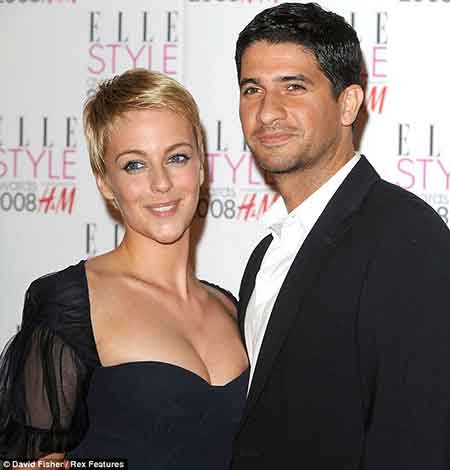 As per some gossip mongers, they started having problems with their marriage after Jeffrey left the show. One of their friends also stated,

‘’ When they spent all day and all night together on Spooks their relationship was fine, but after Raza left the show it all started to go terribly wrong.’’

In 2007, the couple divorced and moved on with their respective partners.

Here is the video, in which he talks about his career: