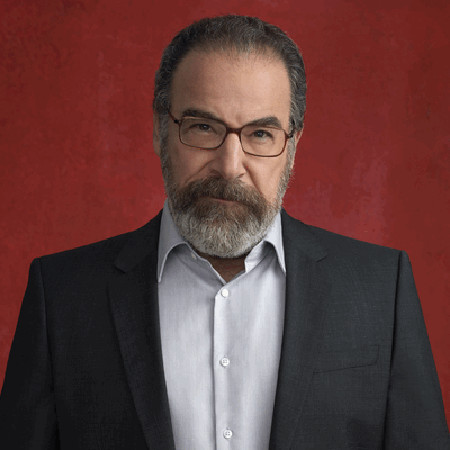 Mandy Patinkin was born as Mandel Bruce "Mandy" Patinkin in Chicago, Illinois, United States. He was born on November 30, 1952 and he is 63 years by now. Mandy was born as the son of mother Doris Ptinkin and father Lester Patinkin. His mother was a homemaker and his father operated two large Chicago-area metal factories. Mandy was raised in an upper-middle-class family in Chicago. Mandy’s ethnicity is white. His nationality is American. She has a sister named Marsha Patinkin.

Mandy made his career debut from television movie That Thing on ABC in 1978. Later in 1994, he appeared in the role of Dr. Jeffrey Geiger in an American medical drama television series Chicago Hope. And for his role in the series, he gained huge fame and he was even crowned with Primetime Emmy Award.

In the role of Dr. Harry Hyman he appeared in Broken Glass in 1996. Starting from 2005, he played the role of Jason Gideon in an American police procedural crime drama television series Criminal Minds and he was featured in the series for about 47 episodes. Currently he has been acting in an American political thriller television series Homeland in the role of Saul Berenson and till the dated he has been featured in 46 episodes of the series.

Mandy has been also been a star in movie screen, where he made his debut in 1978 movie The Big Fix. In 1983, he was featured in romantic musical drama film Yentl where she played the role of Avigdor and for her powerful acting in the movie he was nominated in Golden Globe Award for Best Actor.

In 1988, he appeared in the movie American buddy cop neo-noir science fiction action film Alien Nation where she was featured in the character of Detective Samuel 'George' Francisco. Mandy has also been featured in several other movies. And currently he is busy in the filming of the movie Ali and Nino and Smurfs: The Lost Village.

Mandy Patinkin is veteran actor and he has been active in this filed since 1978. His current relational status is married and Mandy's sexual orientation is straight. In present there are no any rumors or controversy relating his relationship.

Mandy had an affair with actress and writer Kathryn Grody, they started dating in 1979. And after a year of dating they married on June 15, 1980 in a private marriage event. Mandy has two children with his spouse both sons namely, Isaac Patinkin and Gideon Patinkin. Mandy currently lives in Chicago along with his family.

From religious point of view he describes himself as Jewish with a dash of Buddhist, though he was raised in Conservative Judaism. And Mandy has been active in several social and charity works.

Mandy has net worth of 8 million dollars and his salary is supposed to be few thousand dollars. Mandy's bio is updated in IMDb.