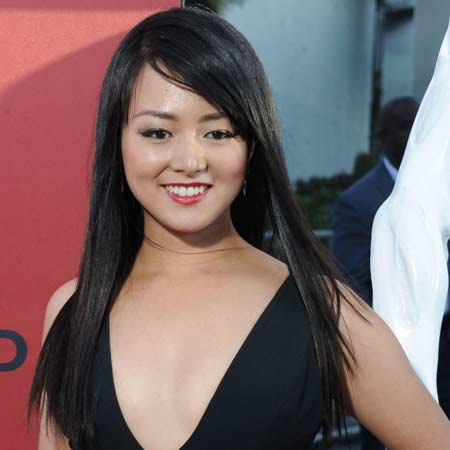 Japanese actress, Kiki Sukezane made her debut on the big screen in 2012 from the movie, Death Yankee 2. In 2013, she voiced Kie Sukezane in the Japanese TV movie, Gusty Frog. As of 2018, she is working in the Netflix’s TV series, Lost in Space which is the remake of 1965 series of the same name. She is also working as Sakura in Westworld.

Kiki Sukezane was born on 5th April 1989 in Kyoto, Kyoto Prefecture, Japan. Sukezane is Aries which defined her personality to be upbeat and magnetic. She is Japanese as per nationality and as far as her ethnicity is concerned she is of Samurai ancestry.  Her parents raised her in Japan with her younger sister.

Sukezane studied sword fighting before starting her career as an actress. Later, it helped her to be the part of the TV Series,  Heroes Reborn.  Sukezane spent a year in South Dakota as a high school exchange student where she learned English. She also joined acting schools in Japan. Initially, she used to work at convenience stores and bars.

Kiki Sukezane made her movie debut in 2012 from Death Yankee 2 and subsequently worked in Death Yankee 3. In 2013, Sukezane worked in her first comedy manga TV series, Gusty Frog where she voiced Enka Singer. The same year, she appeared in miniseries, The Yokai King starring Sin Koyamanda.

In 2015, her martial art skill helped her to get the role Mike Otoma/ Katana Girl in the miniseries, Heroes Reborn. She shared the screen with Zachary Levi, Jack Coleman, Ryan Guzman, Robbie Kay and Judi Shekoni. Her other works include Dango Samurai, The Adventures of Hooligan Squad in World War III and Code Name Mirage.

Kiki Sukezane has an estimated net worth of 6 digit number as per some online sources, however, the amount is still under review.

As per Variety, the cast members of TV series, Westworld approximately earns $175k per episode.

She has a Golden Retriever worth between $500-$3k.

Kiki Sukezane, the young and talented actress, is possibly single. She prefers to maintain a low key personal life and has not introduced anyone as her boyfriend to till. According to sources, she is busy with her career and is not thinking about a serious relationship.

She is a close friend of actor Toru Uchikado and the duo often travels together.

As of 2018, she resides in Los Angeles, California.

Here is the video where Kiki Sukezane talks about her TV series, Heroes Reborn: