Rami Malek Is Reportedly Dating Lucy Boynton- Is It True? How It all started? 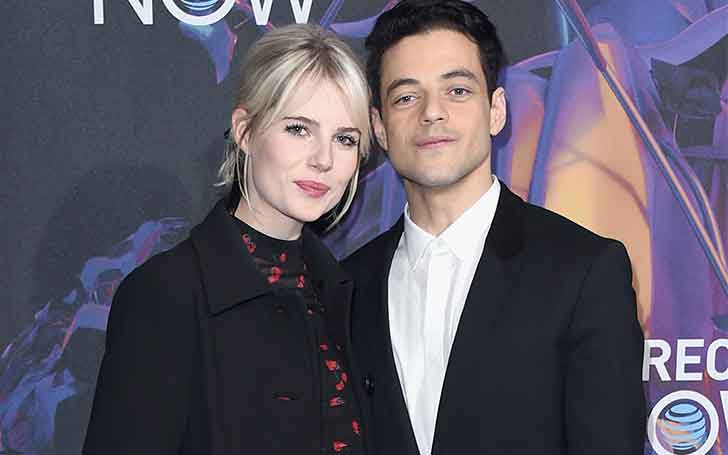 The Night at the Museum actor Rami Malek is a very private person when it comes to his romantic affairs. From the beginning, the actor is leading a low-key love life maintaining distance from the mainstream media. Recently, the actor was reported to be dating an English actress Lucy Boynton. How much the news holds the truth?

The handsome actor Malek is pretty shy regarding his love relationship, and has not married yet. Has he dated any other girls in the past? Let's unfold the actor's relationship history.

Is Rami Malek Dating Lucy Boynton? How It All Started?

Rami Malek excels at maintaining privacy in his personal life but being a public figure, one can't hide his private affair for that long. The actor was long rumored to be dating his Bohemian Rhapsody co-star Lucy Boynton. The star was completely avoiding the media regarding the topic.

For some reason, the award-winning actor is keeping himself away from officially confirming his relationship to the actress Boynton. Though he is not publically accepting his love relationship, he is seen enjoying quality time with his sweetheart Boynton.

Despite trying hard to keep a low-key love life, they caught the attention of media during their attendance at the U2 concert, Inglewood, Los Angeles. The couple looked adorable together, all the same, they were trying hard to avoid the camera. Their appearance at the concert proved that the lovebirds are enjoying a secretive romantic relationship.

As per sources, Mr. Robot actor Malek is so in love with the blonde beauty Lucy Boynton. He frequently visits London to meet the English actress Boynton. Hopefully, the lovebirds officially confirm their love affair in near future.

Before the British actress Lucy Boynton, Malek was in a romantic relationship with his Mr. Robot co-star Portia Doubleday. The two started dating in the year 2015. Rami and Portia were an amazing pair on both reel life and real life but unfortunately, they ended their relationship.

As the actor is very private concerning his love life, there is not much information about his romantic affair with Doubleday.

In 2012, he was also linked to Angela Sarafyan, an Armenian American actress. As per the media reports, he briefly dated the Westworld.

Also see, Who Is Amy Poehler's Current Boyfriend? Details Of Her Dating Life And Past Relationships