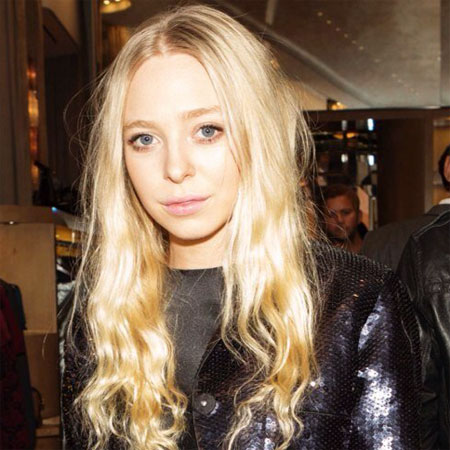 An American actress, Portia Doubleday is known for her role as Angela Moss in the TV series, Mr. Robotis. She is also known for appearing in the movies such as Youth in Revolt & Big Mommas.

Portia Doubleday was born as Portia Ann Doubleday on 22nd June 1988, in Los Angeles, California. She belongs to white-American ethnicity/race and holds an American nationality.

Doubleday is born to a family of renowned television fame, Christina Hart & Frank Doubleday who were professional actors and thus helped her to pursue her career in acting. She has an older sister, Kaitlin Doubleday who is also an actress.

Talented actress, Portia Doubleday made an on-screen appearance in the horror movie, Legend of the Mummy as a Young Margaret in 1998. However, she took a huge break from her acting career.

After eleven years later, Doubleday came up with the role of Sheeni Saunders in the movie, Youth in Revolt. After that, she continuously appeared in several films including Almost Kings, Big Mommas: Like Father, Like son, K-11, Carrie and more.

So far, till the date, Doubleday has appeared in two TV series, Mr. Sunshine & Mr. Robot. Currently, she plays in series, Mr. Robot as a role of Angela Moss along with Christian Slater, Grace Gummer and so on.

Doubleday, age 29, is not married yet and has no children. She currently resides in Los Angeles, California. She cites her favorite brand as Versace.

Doubleday dated an American actor, Rami Malek who is the main character of the TV series, Mr. Robot. They started dating since 2015.

Doubleday previously in a relationship with Australian actor, Alex Russell. However, their relationship did not last for the longer period & separated.

The talented and beautiful actress has made her appearance in the various movies till the date. From her acting career, she earns a good amount of money.

Doubleday stands 1.65 meters i.e. 5 feet 5 inches. As per some sources, her income is $0.9 million and has maintained a net worth around $1 million.