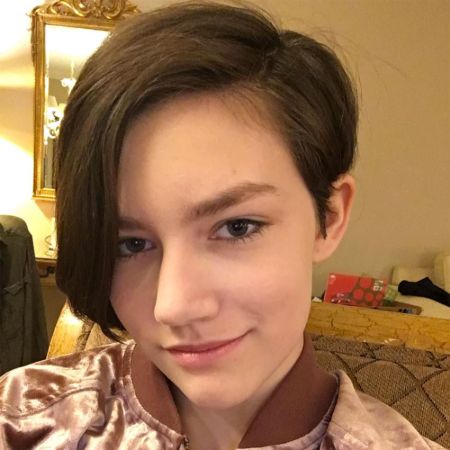 Merry Christmas Kathryn Raindrop Brown aka Rain Brown is a popular television personality best known for appearing in the reality show, Alaska Bush People, telecasted in the Discovery channel. Besides that, she is the youngest child of reality couple Billy Brown and Ami Brown.

Rain Brown was born on November 23, 2002, in Alaska under the birth sign Sagittarius. Her father is Billy Brown, and her mother is Ami Brown. She is of American nationality and belongs to the white ethnicity.

Know it's not #tbt yet but I had to share this with y'all! This is my first cat ever!! Her name was ash and I got her when I was 4 ish 5 man!! Time passes fast when your having fun! #ash #babyme #goodolddays

The 4 feet 8 inches tall Rain is a popular television personality known as the youngest in Brown's family. She made a debut in the reality TV show, Alaskan Bush People when she was only ten years old.

Net Worth, Salary, And Revenue

The reality star Rain Brown has a decent net worth of $20,000 as of August 2019. The primary source of her earning is her reality TV show, Alaskan Bush People.

As per some online sites, the reality star grabs a salary of around $8,000 to $15,000 per episode. Similarly, according to InTouch Weekly, her family has a net worth of approximately $60 million.

16-year-old Rain Brown seems single and is successful in living a low key life. She was once rumored as a lesbian after she talked about pro-equality on her Instagram post on October 2017. Later, she proved the rumor wrong and uploaded a picture on March 2018 and said:

“ No, I’m straight. And I call my fans rainbows because my name is Rain, but you do you boo."

"Sometimes all it takes is one special person and suddenly the world doesn't seem so bad anymore."

She loves music and even has an interest in fashion. As per the reports, she often spends her spare time sculpting crafts and reading Nancy Drew's books. The beautiful star has a crush on Once Upon a Time actor Colin O'Donoghue.