How Much Is TV Personality Bam Bam Brown's Earning From His Profession? His Net Worth And Income Sources 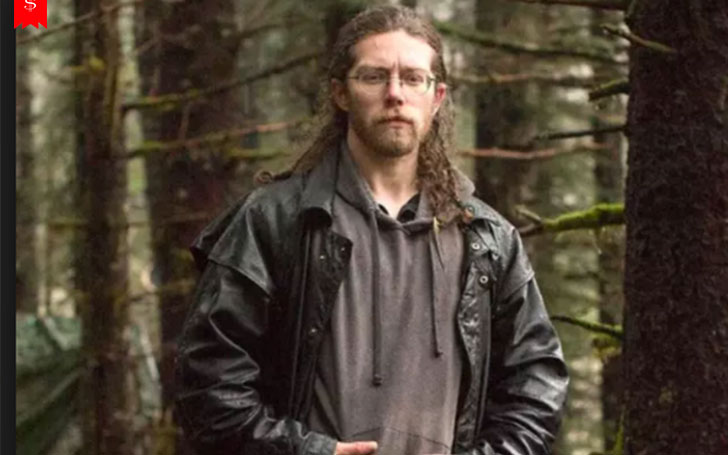 Being with friends, partying with them, going on a vacation with them might be a dream for the majority of the youngsters these days. But, being born in the family that loves to live in a remote and rustic area and tries to survive in the wilderness, detached from the modern society; Bam Bam Brown might have had some different desires in his childhood.

Here we are talking about the Brown Family, that originally belongs to Hoonah, Alaska. The family rose to spotlight after Discovery Channel made a documentary series, Alaskan Bush People, featuring their lifestyle in 2014.

It's not vivid if the family enjoys the lifestyle in the materialistic world and enjoys earning money, however, their fans love to know how much they earn from the reality series. On today's episode, we have come up with one of the members of the Brown family, Bam Bam Brown's net worth and earnings.

Bam Bam Brown, whose real name is Joshua Brown, is a reality star who has worked in the family reality documentary series Alaskan Bush People that has been running since 2014. It has completed its 9th season successfully and as per the Radar Online, the show was renewed for the 10th season in April 2019.

The series' 10th season premiered on 4th August 2019. The series is the only known source of income of Bam Bam Brown.

Though Brown's exact net worth is not made official, as per distractify, his estimated net worth is around $300k in 2019. As per the source, Discovery pays a hefty amount of money to the cast for their appearance. Ami and Billy Brown, Bam Bam Brown's parents are reportedly worth $500k.

Bam Bam Brown's actual salary is not revealed, but his sister Rain Brown reportedly receives from $8k to $15k per episode and older sister Snowbird makes $60k per annum.

The Brown Family's Migration To Washington And Accumulation Of Real Estate

In 2017, the Brown Family relocated to Washington from Alaska after Ami Brown was treated for cancer in California. Many of the show's fans were shocked to know that the family, that survived in the wilderness of Alaska was about to shift to the crowded state of USA.

Talking to Monsters and Critics, Brown family explained they were settling there due to Ami Brown's health. The family further said Ami needed to visit a doctor at least once in three months in order to get scans to make sure her cancer hasn't returned. In a condition when Ami's health is declined, she might need prompt medical care that would be almost impossible in case they live in Alaska.

The family bought a mansion in Beverly Hills for a whopping $2.7 million. The mansion featured 5 bedrooms, 4 bathrooms, and has an in-ground pool.

They later moved to Washington, where they started accumulating some assets. At first, they purchased over 400 acres of land in Tonasket, Washington. The family reportedly paid $415,000 for the property that sits on a 4,000-foot high mountain. The property included four different pieces of land; one is 65 acres, one is 190 acres, another is 40 acres and the last 140 acres. According to the sources, Billy Brown paid the money all in cash.

After buying the property, the Browns are reportedly trying to convert their new home into a self-sustaining ranch so that the family will rarely need to seek outside for their daily needs. Moreover, the Brown children will have their own building on the ranch. Bam Bam Brown can be heard saying "For all of us, it's really important at this point in life to have our own piece of land" in the Season 10 trailer.

Meanwhile, matriarch Ami Brown said she would love to have an orchard for their grandchildren along with the houses in the ranch.

Fraud And Days Behind The Bars

Despite spending most of their times in a rural Alaskan area, the Brown family has established a huge empire within a short period of time. While being in Alaska, Bam Bam Brown and his father Billy Brown were accused of stealing thousands of dollars from the Alaskan government.

The father-son duo was charged with over 20 counts of unsworn falsification and theft for deceiving the government of Alaska saying they were living in Alaska in order to get money from the government. The family reportedly stole approximately $27,000 in total. Later, they were ordered to pay back $22,000 penalty.

Bam Bam and Billy were sentenced to 30 days in prison for their crime in 2016.