Billy Brown, the man who rose to fame for the Discovery doc u mentary series  Alaskan Bush People, used to live in a rural Alaskan area. Brown and his family used to live far from the social reach and modern technology. But, as the show continued, some hidden truths about the family started appearing in front of their audiences. Later in 2017, the Brown Family relocated to California after matriarch Ami Brown was diagnosed with lungs cancer. The family is now settled in Washington.

Billy Brown was born as Billy Bryan Brown on December 3, 1953, in Fort Worth, Texas. He was born to mother Kathryn Brown and father Billy Joe Brown. He has a sister Kathy Jean Brown. There are no records of Brown's educational background yet. Brown holds American nationality and belongs to White American ethnical background.

Brown spent his childhood in his hometown Forth Worth. He was in his teen when he lost his parents and sister in a tragic plane crash.

Before Billy Brown rose as a television personality from their family doc u mentary show, Alaskan Bush People, he was an accomplished writer. He has published some books in his career as an author. Some of his books are One Wave at a Time and The Lost Years. He goes with his name Billy Bryan Brown on his books.

Brown was pa s sionate about life in the wilderness from his early youth days. Later, he started living in a remote Alaskan place with his family. The family spent months without any human contact before they starred in the series. 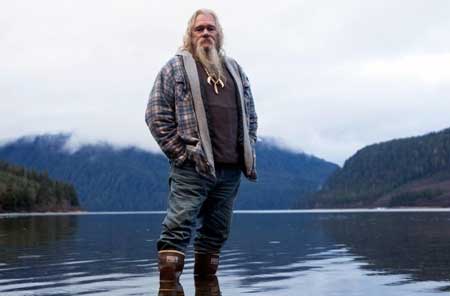 The series, ABP started in 2014, and within the first season of the show, it earned a ma s sive fanbase and Discovery decided to make its further seasons. As of August 2019, the show is running its 10th season. It premiered on August 4th, 2019.

The initial 7 seasons featured the Brown Family's lifestyle in their Alaskan residence. But, after the 7th season, the family relocated to Washington and the show displays their lifestyle in Washington.

Net Worth and Properties

Some online sources have disclosed Billy Brown's net is $5 million, however, as per Distractify, Billy Brown and his wife Ami Brown are worth around $500k. However, the family has built an empire in their new residence, Washington.

After leaving Alaska in 2017, the family relocated to Tonasket, a small town in Washington. The area is suitable for agricultural and forestry industries. Moreover, Billy and his wife Ami were previously lived in the area after their marriage. They also gave birth to their first child Matt there.

Billy Brown paid a whopping $415k on four pieces of land in the area which roughly measures in 435 acres in total. Brown purchased the property from Wilbur and Teresa Hallnuer on February 8, 2018.

Brown and his family are developing a ranch in their land so that they don't need to be dependent on the outer world for their daily needs. Moreover, Billy has been trying to construct a building for each of their seven children.

Meanwhile, Billy Brown's children also have a good net worth. His second child, Bam Bam Brown has an approximate net worth of $300k.

Before Billy Brown settled with Ami Brown and his seven children with her, he was married to a woman in his native, Texas. According to Radar Online, Brown was married to an unnamed woman with whom he has two children. Some sources have named his first wife as Brenda Brown.

Radar obtained a Tarrant County marriage certificate which confirmed Brown, then 16-year-old, married a woman of age 17, on October 23, 1969. 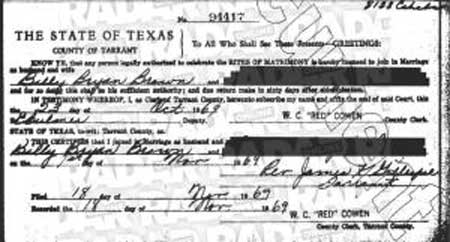 He has two daughters with his first wife; Twila Byars and Brandy Brown. It is not known if Brown is divorced from his first wife or not. Moreover, He has rarely spoken about his first marriage.

Marriage to Ami Brown and Children

Billy Brown married a girl, Amora Brown, who was 11 years younger to him, in 1979. They got married in Texas and moved to Washington where they welcomed their first child, son Matthew "Matt" Brown.

All seven of their children star in the family doc u mentary series Alaskan Bush People. Their oldest son Matt was a drug addict and was admitted to rehab twice in the past. Moreover, he was also arrested in Juneau, Alaska in 2013 over DUI and hit and run following a night party.

In 2017, Ami Brown was diagnosed with third stage lungs cancer. Moreover, doctors have given her as low as 3% survival rate. Then the Brown Family moved to California for her treatments. There, doctors told her Ami needed to revisit them every three months, so they decided to leave their residence in Alaska.

Since her diagnosis, Billy Brown has always been by his wife's side. In a chat with People, Brown told he had never gone more than 10-feet away from his wife since her diagnosis. He said he doesn't sleep instead loves looking his wife breathing while she sleeps. 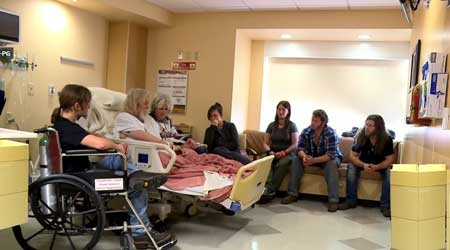 Ami Brown and her family in a hospital SOURCE: Soap Dirt

The family has never left the matriarch unnoticed even for a moment. When Billy falls asleep, one of their children comes and sit with Ami until Billy is awake again.