Gender Reveal: Katy Perry is Pregnant With a Girl

It's been one month since Katy Perry announced her pregnancy and the American Idol star has now revealed the gender of the baby.

She and her fiance Orlando Bloom are expecting a baby girl together.

The Small Talk singer, 35, took to Instagram on Friday, April 3, to reveal the gender of the upcoming baby.

Alongside a photo of Bloom, 43, smiling into the camera with pink frosting on his face, she wrote, "It’s a girl." 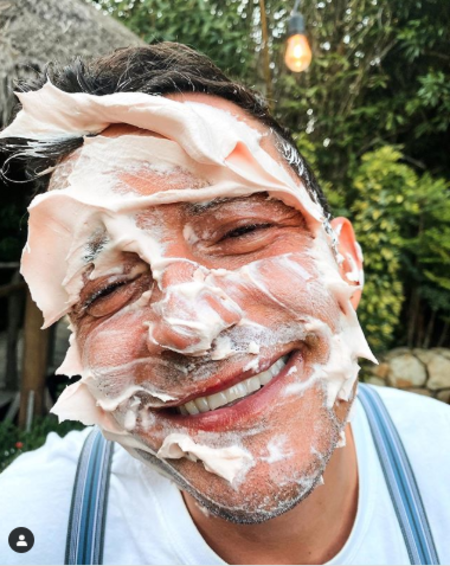 Perry has also shared with her fans that she would love to welcome her at the final of the ICC T20 Women’s World Cup cricket.

As previously reported, Perry shared a tweet on March 5, to announce that she and Bloom are expecting their first child, with a photo of herself showcasing her baby bump in her new song Never Worn White.

This will be Perry's first child while Bloom already shares a son Flynn Christopher Bloom, 9, with her supermodel ex-wife Miranda Kerr who he married in July 2010 and divorced in 2013.

Katy and Orlando started dating in January 2016 and got engaged on 2019's Valentine's Day.