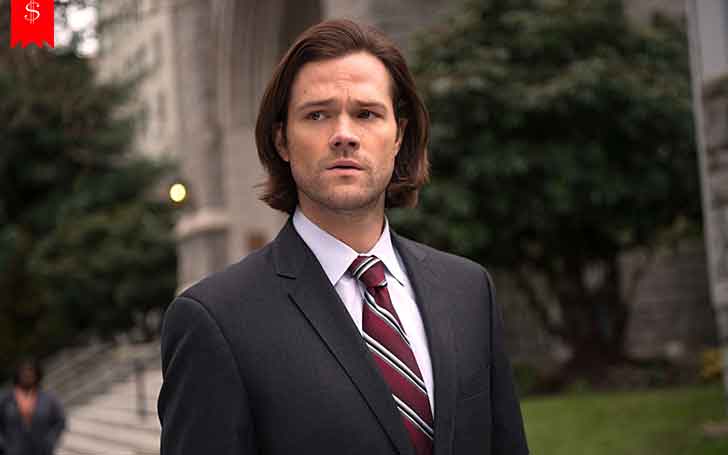 Best known for his appearance in the American dark fantasy television series Supernatural, Jared Padalecki is one celebrated Hollywood actor. Since he is the lead cast of the famous series, he is one of the highest paid actors of the small screen. How much is his net worth?

How is the actor's lifestyle? We have all the information about his private life.

Jared Padalecki Net Worth And Sources Of Income

American actor Jared Padalecki starred in multiple television series and movies throughout his career spanning nearly two decades. From his successful career, the star has managed to earn an attractive amount of money. Padalecki has an incredible net worth of $8 million.

He first participated on the Claim to Fame Contest in 1999 and eventually won the contest. His success subsequently opened another door for his acting career and landed a minor role in the movie A Little Inside.

Padalecki then appeared on the comedy-drama television series Gilmore girls (2000-2005). During the period, he starred on several other television series and movies including Silent Witness, ER (2001), A Ring of Endless Light (2002), and others.

In 2005, he appeared on the popular television series Supernatural. In the series, he portrayed the role of Sam Winchester, a protagonist. He is still in the series and the successful series is currently running in its 13th season. His co-star Jensen Ackles is paid $175,000 per episode, so Padalecki must be earning the same amount of money from the series.

He also gave his voice for the animated version of the series, Supernatural: The Anime Series (2011) for his character Sam Winchester.

For his incredible performance, the actor received several awards and nomination. He was awarded Constellation Awards for Best Male Performance in a 2007 Science Fiction Television Episode (for "Born Under a Bad Sign") in 2008 for Supernatural.

The star is leading a blissful lifestyle thanks to his prosperous acting career. He resides in a luxurious house in Austin, Texas. Padalecki is seen driving around in some expensive cars.

He is a total family person and spends plenty of time with his wife and children.

The Supernatural star is among a few lucky celebrities to cherish a successful personal and professional life. Padalecki is happily married to his Supernatural co-star Genevieve Cortese for a long time now. The couple walked down the aisle on 27 February 2010.

Howdy y'all!! Gonna sign and send 5 @popandsuki hearts to randomly selected buyers in 24 hours time !!! . Love seeing y'alls hearts arriving over the past week and what you're getting on them !! Popandsuki.com/Padalecki

Besides his family life, he actively participates in charitable works. Through his Always Keep Fighting campaign, he raised funds to support To Write Love on Her Arms, a non-profit organization which helps people struggling for depression, addiction, and self-injury.