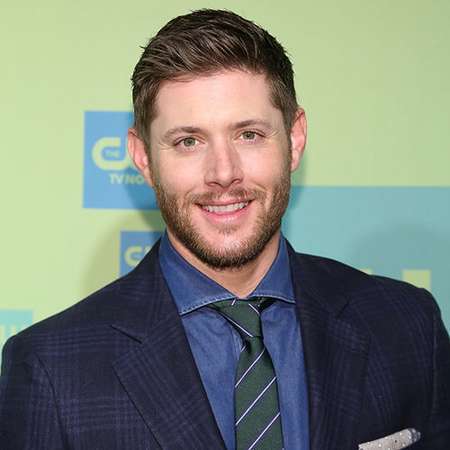 Jensen Ross Ackles is an American actor, former model, and director knew best for the portrayal of Dean Winchester on the CW series Supernatural. His other famous acting credits include his role of Eric Brady in Days of Our Lives and as Alec/X5-494 on Dark Angel. He was born to mother Donna Joan and father Alan Roger Ackles on March 1, 1978. He has two siblings, brother Joshua Ackles, and sister Mackenzie Ackles.

Jensen started modeling on and off since the age of 4. He initially wanted to study sports medicine and become a physical therapist by studying at Texas Tech University. His plans to do so failed as he moved into Los Angeles to pursue a career in acting. Before obtaining his major, prominent role of Eric Brady in Days of Our Lives, he gave guest appearances on several television shows. His role of Eric has won him several nominations for the Daytime Emmy Award. His other prominent roles include acting as Alec/X5-494 on the TV show Dark Angel and as Jason Teague on Smallville.

Ackles has appeared also on other television shows like Wishbone, Sweet Valley High, Mr. Rhodes as well as Cybill. He has also appeared on Blonde, Dawson’s Creek, Still Life and most recently stars in the role of Dean Winchester on Supernatural since 2005. He shared the screen with the famous actors like Jared Padalecki, Misha Collins, and Jeffrey Dean Morgan among others on the series Supernatural.

He has also directed three episodes of this thriller series. His film credits include acting on The Plight of the Clownana, Devour, Ten Inch Hero, My Bloody Valentine and on Batman: Under the Red Hood.

Jensen’s personal life too has been widely covered by the public. Back in 1997, he was rumored to be dating LeAnn Rimes. Though the couple did not officially announce their relationship, they were rumored to be together until 1998. In 1998, Jensen was dating Jessica Simpson. They dated briefly, lesser than a year and before they split. He then started dating Joanna Krupa from 2003. Their relationship didn't last long as well and they broke up in 2005.

The affair was even covered widely by the tabloids. In 2005, Jensen was rumored to be dating Tania Saulnier and this relationship too was not confirmed. He started dating model, gymnast and actress Danneel Harris on May 2006. After their relationship became public, they got engaged in the year 2009 in November. After almost three years of dating, he married his girlfriend in Dallas, Texas, on May 15, 2010. Their only child, a daughter Justice Jay “JJ” Ackles was born on 30th May 2013.

Jensen has a net worth of a whopping $14 million as of 2019 which can be attributed to his skillful acting skills and demand in the entertainment arena. According to the celebritynetworth.com. Jensen reportedly earns an estimated salary of $175 thousand per episode.

He has a height of 6 feet and 1 inch and a masculine body with a macho character, which appeals to his fans all around the world. He weighs at around 83 kg (183 pounds). he has a well-built physique with a chest measuring 42 inches, waist measuring 33 inches and biceps measuring 15.5 inches.