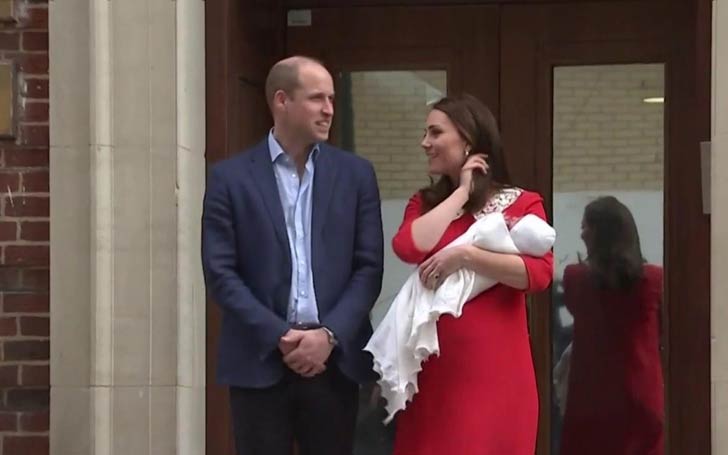 The Duke and Duchess of Cambridge are delighted to welcome their third child together. Princess Kate, 36, welcomed her second son on Monday afternoon, 23rd April.

The husband-and-wife were all smiling when they left the St Mary's Hospital as they proudly showed off their third child to the world. 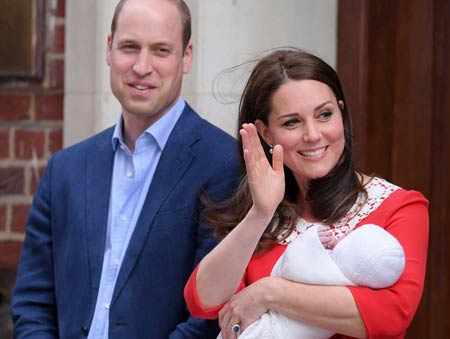 Princess Kate went to the St Mary Hospital on Monday morning on her car and she gave birth to her second son shortly after she was hospitalized.

The Kensington Palace revealed that the baby was born at 10:01 GMT and weighs 8 lbs 7oz (3.9 kg). The Palace also added that the proud father Prince William was also present for the birth at the hospital where their previous children were born.

The Queen, The Duke of Edinburgh, The Prince of Wales, The Duchess of Cornwall, Prince Harry, and members of both families have been informed and are delighted with the news

Her Royal Highness and her child are both doing well.

The newborn boy will bot supplant his older sister Charlotte in the line of succession by 2013 law. Before that, the younger males would take precedence over older female siblings. 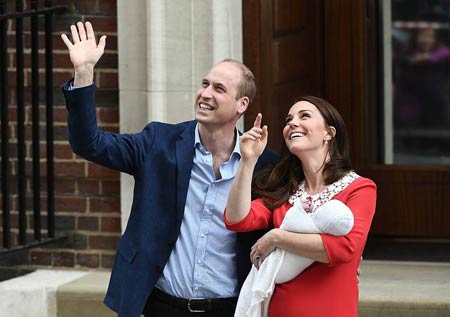 Prince William's younger brother, Prince Harry, who will marry actress Meghan Markle next month, falls to sixth on the list after the birth of the child.

Kate tributed her late mother-in-law, Princess Diana while stepping out from the hospital for the first time with her newborn, wearing a red dress with a white Peter Pan collar which matches the dress Princess Diana wore at the time of Prince Harry's birth. 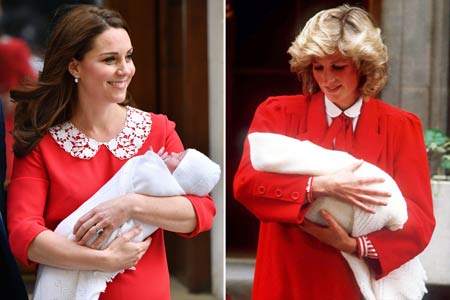 This was not the first time, Princess Kate tributed Diana. Back in 2013, she had worn a blue polka at the time of her first son, George's birth. It was the similar dress as Diana wore at the time of Prince William's birth in 1982.