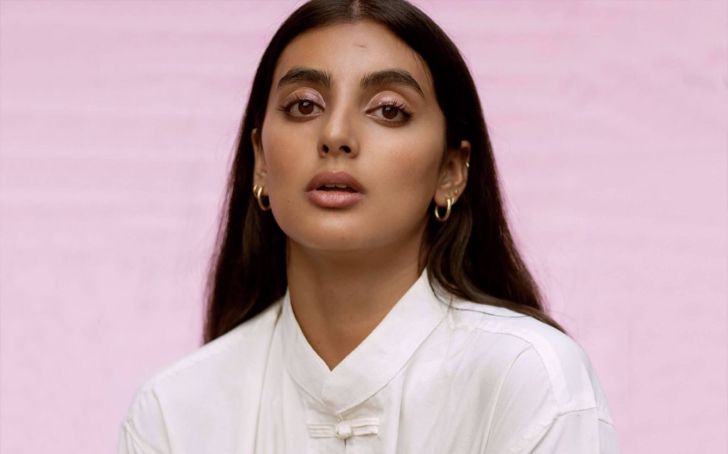 Nikkita Chadha, a British-born actress & dancer, rose to prominence with a handful of appearances in films: Boogie Man (2018), Aladin (2019), and Rocketman (2019). Having made her TV debut in 2015 through the series Doctor Who, Chadha's notably is in huge demand due to her dancing skills. & has worked in TV series like Turn Up Charlie and The Great.

Along with on-screen, she has been in the TV campaigns and commercials of different brands, including Elephant Atta, Pantene ProV, Wowcher, and Selfridges Christmas Campaign.

What Is Nikkita Chadha's Age & Height?

Born on August 12, 1994, Chadha grew up in London, the UK, in an Indian family. She holds British nationality & is half Gujrati and half-Punjabi. Nikkita has 2 sisters named Anoushka Chadha and Aditi Chadha.

Worked On TV After Graduation From Urdang University

Nikkita Chadha attended & graduated with a Dance and Musical Theater degree from Urdang University. Along with acting, her prominence in different dance styles like Hip Hop, Contemporary, Jazz, and Ballett grabbed notable attention.

In 2015, the British actress made her TV debut as Hologram Singer in an episode of Doctor Who. Thereafter, she worked in her first-ever Bollywood film Mubarakan (2017), and subsequently made a British film debut with Boogie Man (2018) starring Nick Moran, Ella-Rae Smith, & Amy Jackson. 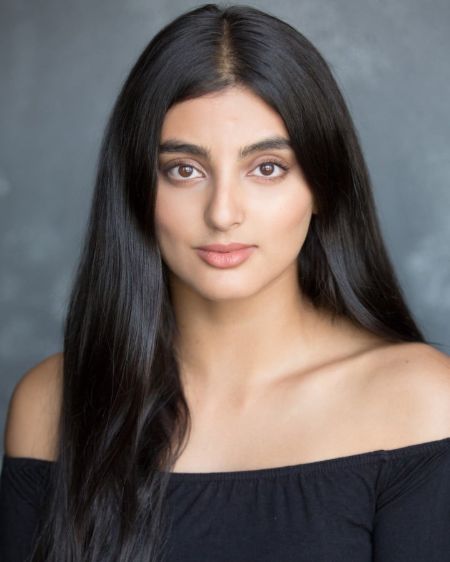 Then, in 2019, Chadha appeared in 2 episodes of Turn Up Charlie and as a dancer in the films Aladdin (2019) and Elton John's biopic Rocketman (2019). Reportedly, the film Aladdin was her Hollywood debut but was uncredited for the role.

According to IMDb, Nikkita is set to appear as a dancer in the crime-drama film Death on the Nile, starring Gal Gadot and Armie Hammer. The movie was initially set to release on December 18, 2020; however, due to the pandemic, it is now going to release on September 15, 2021. She will appear as Princesa in Cindrella (2021, post-production), featuring Camila Cabello as Cindrella.

Her other 2021 upcoming project is Prithviraj (currently filming), while A Game of Two Halves (post-production) is yet to receive a  release date.

Who Is Nikkita Chadha Dating? Name of Boyfriend?

According to some online sources, Chadha is dating her longtime boyfriend named Elliott Burcham. Though, no detail on the duo dating story or courtship is out. Moreover, there are barely any comments on Nikkita Chadha's ongoing relationship or boyfriend.

While some tabloid sources already alleged her single at the moment, the British actress is yet to confirm the statement. An active user of Instagram (@nikkitachadha) with over 29K followers and Twiter (@NikkitaChadha) with 1.7K followers, Chadha often shares posts of her travels, photoshoots & projects. Fans are hopeful that she may come up with her beau publicly via social media in the near future. 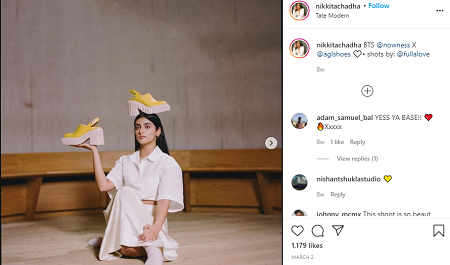 In late April 2021, Chadha has a net worth of $1 million. On average, a dancer in the UK earns £38,869 a year, while a ballet dancer's earnings range from £37K- £39K annually. She also earns from brand endorsement and sponsorship deals/