Five Weird Cultures From Around The World That Will Shake Your Mind Once!!! 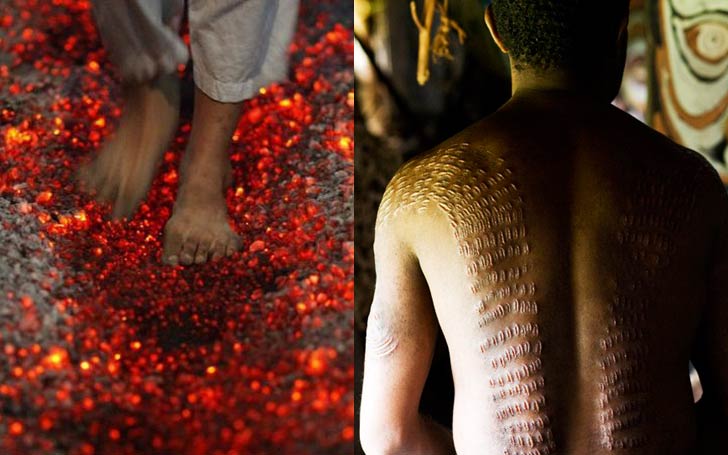 If we rotate our eyes around the world, we will be stuck in several places where we can find various things that we have never seen or experienced. Still, there exist over 1,000 contacted and uncontacted tribes in the world which fascinate us to know about their tradition and rituals.

So we have come today with five such tribes which will shake our mind when we will get to know about them.

5. Spitting On The Bride At The Wedding In Greece

One of the weirdest and most ridiculous wedding rituals can be seen in some tribes in Greece. In old Greece, the wedding attendees used to spit on both bride and groom. They used to spit on the newlywed couple in order to protect the couple from any evil spirits on their future days. 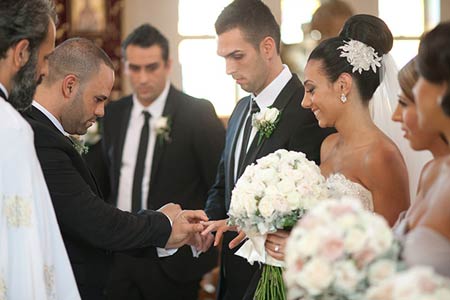 CAPTION: Guests spit on bride and groom at the wedding in Greece SOURCE: Easy Weddings

In present days, the custom has evolved and the guests just perform the symbolic act where guests utter 'ftou ftou ftou.'' Not only at the wedding, but Greeks do this in other special occasions too which includes baptism as well which is believed to be for the acknowledge the beauty and health of the child.

Thailand might be the best place you want to visit if you want to experience an amazing tradition. The best possible time you might find to visit Thailand would be during Vegetarian Festival that is celebrated in Phuket Town. 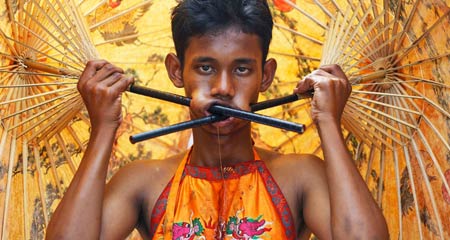 During this weird culture, people would walk around the town with a stack of needles, knives, and swords pierced in their body. It is believed that the god appeared to these people and prevent them from all the bad luck and evil.

3. Carrying Wife Over Coal In China

Marrying a beautiful lady might be a dream to many of the youths, but if you heard about this bizarre culture of China, you would forget about it for at least next few minutes. In some part of China, there still exists a very painful procedure in marriage, in which groom has to walk on the burning coal taking the bride in arms when they enter the house for the first time. 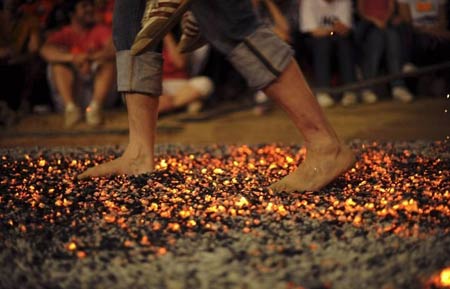 CAPTION: Walking on burning coal taking the wife on arms in the wedding in China SOURCE: ScoopWhoop

This strange ritual is believed to be a way of showing support and ease to the wives during labor. Wedding must be an act of courage for men in China due to this awkward culture.

2. Living With The Dead Ones In Indonesia

We have been heard the dead bodies are either buried or cremated within days of the person's death. But, we might have rarely heard that someone keeps their relatives' dead bodies at their home for years after death. 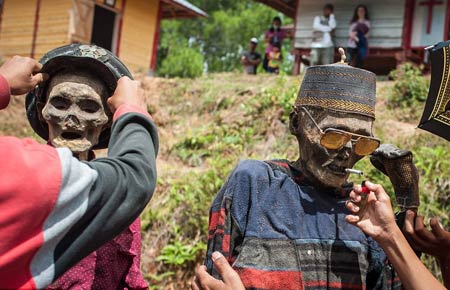 Yes! what you read is right. It is the Indonesian people who have a very Scary culture. They provide corpses with their own rooms while they are regularly washed and clothes are changed frequently. Not only that, food and cigarettes are brought twice a day to them and they even have a bowl in the corner; acts as their toilet.

According to the reports from the researchers, the dead bodies are injected with a preservative Formulin, which stops the body from decomposing.

Crocodile has a significant role in the Kaningara culture. Kaningara is a tribe in Papua New Guinea. In this tribe, there is a very special way of showing their bravery. The man as young as 11 years in the tribe put their lives at risk just for taking part in an ancient ritual that pays tribute to the crocodile. 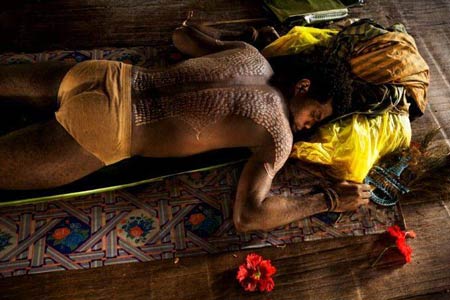 CAPTION: A Kaningara boy carving the crocodile scale on his body SOURCE: Tripeaks

The process involves the youths having their skin cut multiple times in the whole body and then healing-leaves marks that resemble those of crocodile scales.

According to Mail Online, the Papua New Guinean legends believe that humans are evolved from crocodiles that became land-dwelling when they got out of the Sepik River.