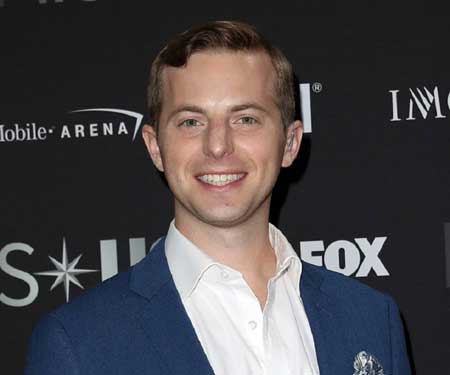 Ned Fulmer is famous as one of The Try Guys, but he had a long career before he came to the limelight that some of us might be unaware of. Besides Try Guys, he is also a comedy writer, performer, and improviser. He worked at Buzzfeed before which he had to quit due to inconveniences, but shortly after he was called for the American online comedy series Try Guys which ultimately brought him into the stardom.

Ned Fulmer was born on June 11, 1987, in Jacksonville, Florida, USA and has the star sign of Gemini which describes him as an expressive, clever, quick-witted, intellectual personality. He has not revealed any information regarding his family but as for his siblings, he has a sister named Grace Fulmer.

Regarding his nationality, he is an American and he is a White American by ethnicity. He completed his education at his local schools and after high school, he joined Yale University, Connecticut from which he graduated with a degree in Chemistry. Although he studied science, he built an interest in content creation due to which he joined BuzzFeed.

Ned Fulmer started his movie career with a film named Trubadeaux: A Restaurant Movie back in 2013. Then he joined BuzzFeedVideo. But his professional career started in May 2010 when he was a director, actor, writer for sketch group Warm Milk. 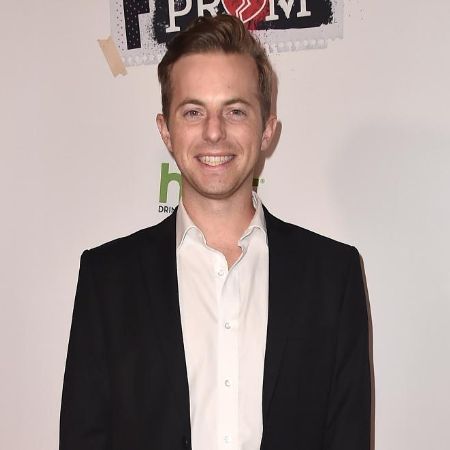 CAPTION: A picture of Ned on the carpet of an event. SOURCE: Earn The Necklace

He worked in multiple jobs in his past when he worked as an improviser on Harold Teams; Hey, Rocket! and Juneboy at the iO Theater from Feb 2011 to August 2013. He also worked for WR Grace as a research and development chemist from June 2011 to August 2013.

In December 2013, he joined BuzzFeed as a development partner and worked there for 5 years before leaving it in April of 2018. There he co-created The Try Guys which would become one of his most successful projects.

The Try Guys is a YouTube series created by Eugene Lee Yang, Keith Habersberger, Ned Fulmer and Zach Kornfeld. All four of them were former BuzzFeed employees and started the show on BuzzFeed but later, they broke their association with the BuzzFeed and began working independently. The first episode of the show Guys Try Ladies' Underwear for the First Time was aired on September 12, 2014. Their first video was made under Buzzfeed Motion Pictures.

The following video is the first video ever published by the try guys on YouTube titled 'Guys Try On Ladies' Underwear For The First Time // Try Guys', in the video they try on women's underwear.

They were instantly liked by the audience and the show quickly became one of the major shows of BuzzFeed. In 2017, the video The Try Guys Try Labor Pain Simulation, got over thirty-two million views on YouTube marking the highest views for the show at that time. 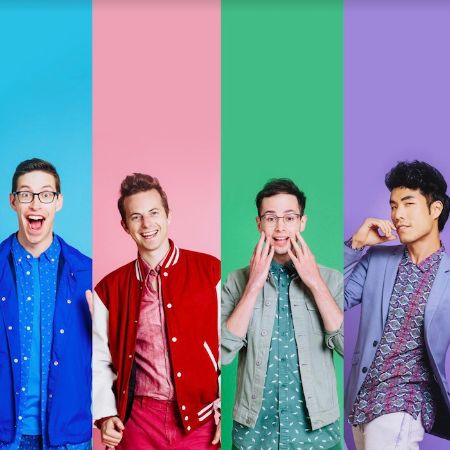 They separated from BuzzFeed in 2018 and started working independently. The group launched an independent company together called 2nd Try LLC. The company has acquired all the rights to their show including their social media presence but BuzzFeed still has the rights to the branding and advertisements sales representative. In one of the episodes of the web series, the try guys wore makeup like the famous celebrities including Rihanna, Lady Gaga, Jennifer Lopez and Kylie Jenner which collected over 3 millions of

Fulmer is a well-known online personality, who has established in the online community as a Try Guys member. He has amassed a big net worth from his career which is estimated to be around $6 million as of early 2019.

His show has more than 1 billion views on YouTube and he has more than 12 million followers on his Instagram so we can say that he has established himself as an internet celebrity and social media star.  The YouTube channel, Try Guys earns more than $3.2 million annually and as being the part of the show, he no doubts earns a massive amount of money from the show.

Fulmer is a married man and has been married to Ariel Vandevoorde since 17 June 2012. The couple has been married for more than 6 years as of January 2019. They have a child, a son Wesley James "Wes" Fulmer together whom they welcomed in 2018. He regularly posts pictures of his wife and his child on his social media, however, he has not revealed much more information about them in the media. 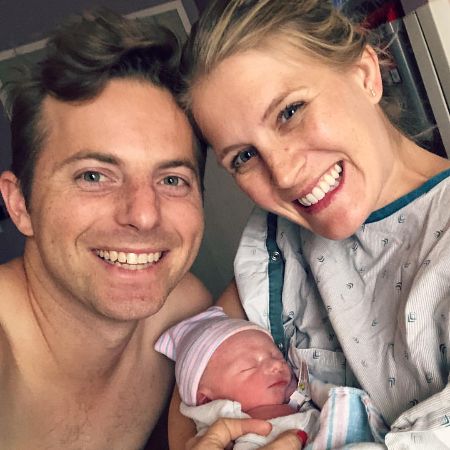 CAPTION: Ned with his wife and a newborn baby. SOURCE: Jolygram

Likewise, he has also been secretive about his relationships prior to his marriage with Ariel. He has kept his former relationships behind the curtain until now.