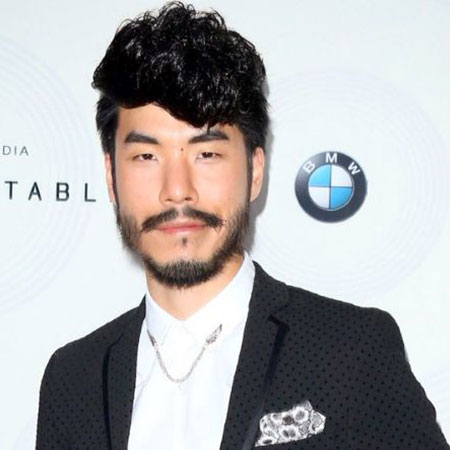 Eugene Lee Yang is an American video producer, actor, comedian and writer who gained fame for his YouTube videos and work with BuzzFeed. He became famous for his contributions to the LGBTQ community. He initiated the idea of Queer Prom which became revolutionary for all LGBTQ people as he drew his experiences as a teen attending very uncomfortable proms. Later, he joined the web series The Try Guys which doubled his fame within a few years.

Eugene Lee Yang was born on January 18, 1986, in Pflugerville, Texas, United States. He has the star sign of Capricorn which defines his traits to be hard working, ambitious, conservative, determined and practical.

He has not revealed information regarding his family, however, his mother has appeared in some of the Try Guys videos. As of his siblings, he has 2 sisters named Christie Yang and Whitney Yang. Yang is Asian by ethnicity and his nationality is American

He completed his primary and secondary level education at his local schools and completed his higher education from the University of Southern California. He was a bright student at his university and has received a bachelor’s degree in Arts, Cinematography and Film Production with 4.0 GPA.

According to Lee Yang's LinkedIn profile, he started his career at Film Independent where he was involved in filmmaking. After sometimes, he became a self-employed director, producer, editor, and choreographer. Then he joined The Menagerie LLC as an executive producer and creative director. Like other Try Guys members, he also worked for multiple jobs at the same time.

The video presented below shows the guys firing guns for the first time, its thumbnail featured Yang with a gun.

He was appointed at BuzzFeed in December 2013 and he worked there until February 2018. When he was at BuzzFeed, he co-created the Try Guys which later became breakthrough work for him. He along with his group members started the company called 2nd Try LLC after leaving the association with the BuzzFeed in 2018.

Four boys; Eugene Leee Yang, Keith Habersberger, Ned Fulmer, and Zach Kornfeld had been working at the BuzzFeed when the idea of Try Gus originated. The guys were working as video producers, creators, and actors who initially made comedy videos showing some bizarre activities that featured some absurd tasks like wearing makeup like the renowned celebrities including Rihanna, Kylie Jenner, Lady Gaga and Jennifer Lopez.

The show started on September 12, 2014, under BuzzFeed. After around four years long association with the BuzzFeed, the guys separated from the company in 2018 and started their own production company 2nd Try LLC. Meanwhile, BuzzFeed still owns the rights to the show as a branded content and advertising sales representative. After their separation, they started uploading videos on their YouTube channel The Try Guys.

When Did The Try Guys Leave BuzzFeed?

The guys announced their new company on June 21, 2018, and also disclosed that they had a strategic partnership with BuzzFeed.

Eugene Lee Yang has an estimated net worth of $700,000. He earned around $39,993 to $114,800 a year when he was working at BuzzFeed. Apart from this, he hasn’t revealed his earnings from his various other jobs to the public.

Likewise, other Try Guys stars have also amassed a whopping net worth from their career as a YouTube star. Keith Habersberger has a net worth of $200,000 and another group member Ned Fulmer has a net worth of $6 million. Their channel earns around $179.5K - $2.9M per year which is equivalent to $15K - $239.3K per month.

How Much Does BuzzFeed Worth?

BuzzFeed was valued at $1.5 billion in 2015 which was a jump from $850 million. The company took a huge leap regarding their revenue after NBCUniversal invested $200 million in it.

Eugene Lee Yang is openly bisexual, however, he has not revealed about his dating life yet. He is a very secretive person who prefers to keep information regarding his love life to himself. He has kept his relationships a secret from the public.

Although he is at the center of media attention, the media does not have any information regarding who he is dating or who is romantically involved with. We hope, Yang will reveal his relationship in the near future.