NBA star Shannon Brown and Monica Brown, despite all the Divorce Rumors are still going strong-Couple Married in 2010 and shares two Children 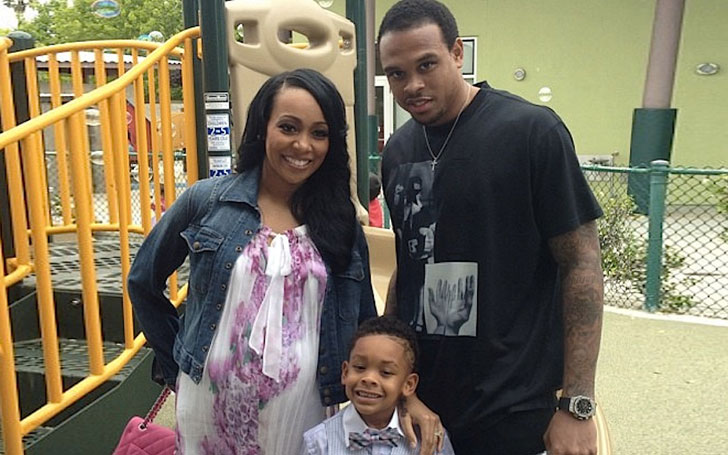 "Every couple has ups and downs but how you handle it defines your true love". The NBA star Shannon Brown and his wife Monica Brown also face several problems in their relationship leading to the divorce rumor in 2016. The couple, however, worked together to make their marriage successful clearing out all the differences and their bond has been even stronger after that.

One out of few things that we have to learn from the duo is not to give up on each other. Brown and Monica got married in 2010 after dating for few months and the couple shares two children together.

Despite All The Divorce Rumors, Shannon Brown And Monica Brown Are Still Going Strong-Couple Married In 2010

The NBA star Shannon Brown and his wife of six years, American singer Monica first met in June 2010 for the video for her single Love All Over Me where they portrayed the love interest of each other. They started dating in the same year.

The couple eventually got engaged in October 2010. The R&B singer announced the news of their engagement via Twitter post.

“We realize people will have their opinions. That’s the way of the world.But we know who we are&who’s we are.We pray 2 an awesome God 2gether… And that is what keeps us strong. So for all my real supporters who are happy for me. I thank u, I love u, & I’m realistic enough about life… To know my journey has just begun. I don’t have anything else to say about it.2 people who judge. If u worked on self u wouldn’t even see me.”

The couple tied the knot on November 22, 2010, in an intimated wedding ceremony at Los Angeles. They kept their wedding secret until January 21, 2011, as Brown disclosed the news at the Hip-Hop Non-Stop TV-Show.

They later again exchanged vows in another wedding ceremony in July 2011 in front of their close friends and relatives.

Brown and Monica are proud parents of two. They have a son, Shannon Christopher Brown and a daughter, Laiyah Shannon Brown who was born on September 3, 2013. Monica also has two more children, Rodney Ramone Hill III and Romelo Montez Hill from her previous relationship to rapper Rodney Rocko Hill.

Proud parents, Shannon Brown and Monica Brown with their children

While everything seemed perfect between the duo the rumors of their divorce started swirling up after Monica was spotted without her wedding ring. Adding more fuel to the gossip, both Shannon and Monica unfollowed each other on their respective Instagram accounts.

The NBA star later shared a picture (now removed) of his crashed car addressing his relationship with wife. He cautioned the picture:

“I survived this, so you already know I could give two f*cks about the lies they tell or the people that believe them. I got my own back. #InCaseYouWasWondering”

Both the pair has not revealed what actually went wrong between them but now, it seems like they have found a way to love each other again. Shannon shared a beautiful image of Monica in 2017 describing the strength of their marriage in 2017.

"We have been married for more than a few years now. We have had our fair share of ups, downs, good times, bad times whatever but whether you like it or not there will forever be a Code Red situation about her,"

The pair is now living a blissful life and is happier than ever.

Besides basketball, Brown also has been actively engaged in acting in films and music videos.

He has performed in several music videos including Toni Braxton's single Yesterday from album Pulse in 2010, Monica's single Love All Over Me directed by Chris Robinson in 2010 and Nelly's single Just a Dream from the album 5.0.

in several movies and music videos

Furthermore, he also performed in American romantic comedy film Think Like a Man alongside Kevin Hart and Meagan Good in 2012 and Trainwreck alongside Amy Schumer, Bill Hader, and John Cena in 2015.