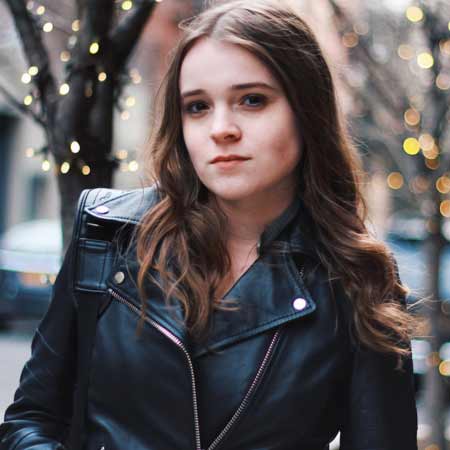 Tribeca Film Festival Award-winning American actress, Nadia Alexander is well recognized for her roles in the USA Network TV Series, The Sinner and Netflix’s Seven Seconds. She is also popular for her role Melissa Bowman in the movie, Blame. Alexander made her TV debut in 2009 from Possible Side Effect and the following year, she made her movie debut from Postales.

Nadia Alexander was born on 5th April 1994 in Columbia, South Caroline under the birth sign Aries. Alexander is American as per nationality and belongs to White ethnicity. Her parents raised her in Pittsburgh, Pennsylvania.

From the early age, Alexander performed in several theater plays. At the age of six, she appeared in a Pittsburgh-are regional stage production of The Sound of Music. She then worked in several southwestern Pennsylvania's Equity theaters including Pittsburgh Public Theater where she won first place in the annual Shakespeare Monologue Competition.

In 2012, she graduated as a President Scholar in the Arts from the drama program at Fiorello H. LaGuardia High School. Later, she earned a bachelor's degrees in physics and psychology from the William E. Macaulay Honors College. She is also a member of the Phi Beta Kappa Society, ‘the oldest honor society for the liberal and sciences’.

In 2007, Nadia Alexander moved to New York City where she worked in several commercials and episodic TV work.

Alexander made her Hollywood debut in 2010 as Mary from the movie, Postales. Three years later, she worked as Quest Student in romantic comedy-drama film, Admission directed by Paul Weitz. The following year, she worked in supernatural horror drama film, Jamie Marks Is Dead with Cameron Mangham, Liv Tyler, Morgan Saylor and Noah Silver.

In 2017, Alexander appeared as Melissa Bowman in the teen drama, Blame with Quinn Shepard, Chris Messina, Trieste Kelly Dunn and Tessa Albertson. She also won a Tribeca Film Festival Awards for her acting in the movie.

Alexander made her TV debut in 2009 from Possible Side Effects. The following year, she appeared in police procedural and legal drama TV series, Law & Order. She shared the screen with Sam Waterson, S. Epatha Merkerson, Jerry Orbach and Sann Florek.

CAPTION: Nadia in one of the scenes of Seven Seconds. SOURCE: Instagram

Alexander then worked in numbers of TV series, such as Delocated, Broadwalk Empire, The Mob Doctor, and The Following. She, however, is popular for her work in:

As of 2018, she is working as Olivia Lexington in Bull and as Nadine MacAllister in Netflix's series, Seven Seconds.

Nadia Alexander has an estimated six-figure net worth, but, the amount is still under review. Her major source of income is acting.

Her 2013's romantic comedy-drama film, Admission earned $18,637,201 at the box office which was made with the budget of $13 million. IMDb rated the movie 5.7 stars out of 10. She shared the screen with Tina Fey, Paul Rudd, Nat Wolff, and Michael Sheen.

As per some sources, a TV star averagely earns between $150k- $1 million.

Nadia Alexander, the star of Seven Seconds is yet to get married. Alexander wishes to keep her personal life away from the public and media. She has not introduced anyone as her boyfriend, so it can be assumed that she is single.

Alexander is close to Timothy James. They celebrated Halloween together. One of her hobbies is reading.