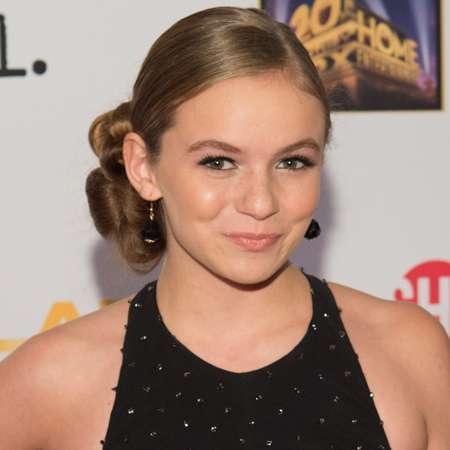 Morgan Saylor was born on 26th October 1994 in Chicago, Illinois, United States. Her mother was a retailer who worked at REI and father a renovator for Starbucks. Her parents are divorced. She spent most of her childhood shifting places. She stayed in Villa Rica, Georgia at the age of two and then moved to Decatur, Georgia at the age of ten. She is of white ethnicity and is of American nationality.

Morgan was always interested in acting. So, she decided to take up acting. She graduated from high school in May 2013. After that, she signed up for numerous acting camps with the Department of recreation. She did auditions for various movies. In 2009, she made her film debut as character Annie in Cirque du Freak: the Vampire’s assistant. Since then she has been seen in movies like 2010’s Father of inventions, 2011’s The Greening of Whitney Brown, Jamie Marks IS Dead, McFarland, USA. In 2015 she was seen in Being Charlie. She will soon be seen as character Leah in White Girl. Morgan made her television debut in 2006’s The Sopranos as Young Meadow. She has also been seen in an episode of K-Ville as Lana Roberts. In 2011 she was cast in Homeland as Dana Brody. She has been seen in 36 of its episodes. For her performance in Homeland she has been nominated for two Screen Actors Guild Awards.she has been doing great so far but more is expected of her.

Morgan does not have a long dating history. She is fairly reluctant on speaking about her private life including her love life. Morgan is very much focused on her career because she has only to achieve so much. Morgan mostly talks about her roles in the series she has been rather than the men that have come and gone in her life. Saylor is not seen with many men in the public. She currently resides in Brooklyn, New York, US with her brother and her boyfriend. The detail of her boyfriend is not known to the public but they have been together since 2012.There have been no affair and rumors so far. The couple has not married. Morgan does not have a spouse and children till date. This may be because she is not of appropriate age to get married.

Morgan is currently 21 years old and stands tall at the height of 5 feet 7 inches. Morgan is adored by his fans as well as her cast members for her exceptional acting talents and her adorable looks. Saylor’s net worth has not yet been estimated but is it evident that she has a huge salary coming out of her roles in various series including Homeland. Saylor is a growing actress whose bio can be found on various social media sites like Wikipedia, IMDB, Twitter and many more.