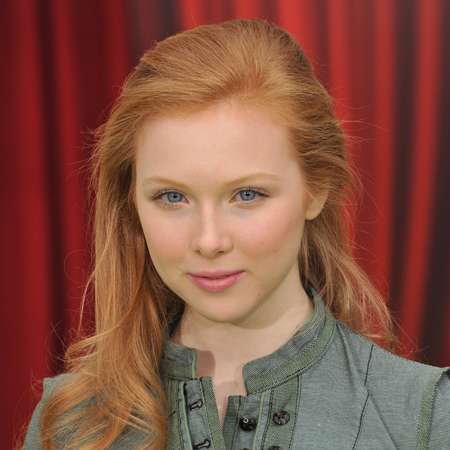 Molly Caitlyn Quinn is an American actress, better known as Molly C. Quinn. She appears in movies, television, and theatre shows. Quinn is popular for the role of Alexis Castle, daughter of the lead character, on the ABC TV series Castle. She is also one of the main characters in Winx Club. Her other popular works include Welcome to Happiness, Last Rampage, Newly Single, and so on. The young actress also won a Monaco International Film Festival Award for her work in The Sacrifice.

Molly Caitlyn Quinn is a 25-year-old American actress. She was born on October 8, 1993, in Texarkana, Texan United states. She is popularly called Molly C. Quinn. She is the daughter of Tom Quinn and Dianne Quinn.

Quinn has also an older brother. Her works include theatre, television, and films on the big screen.

Quinn has been active in this industry since 2007. She grabbed huge attention from her character on ABC’s Castle where she played the role of Alexis Castle, she was the daughter of the character of the title. Stana Katic, Nathan Fillion, Tamala Jones, Megan Markle are some of the actors of the show.

After her wonderful performance in The Nutcracker at the early age of 6, she was highly motivated to be part of the film industry. She was trained for around 6 months and later was signed by the Osbrink agency.

Quinn has limited skills in karate; she holds a green belt within it. The interest in learning economics encouraged her to join an economic cla s s that was the favorite course of the history of her study. She was a competitive lady with high knowledge of acting.

Some of her popular works include Avalon High as Jenny, The Shift as Abby, Welcome to Happiness as Lillian, Guardians of the Galaxy Vol. 2 as Howard's Date, and so on.

In the year 2018, the actress landed the role in the movie Newly Single.

The current net worth of the actress is estimated to be around $3 million as per some online sources. Her acting career is her main source of income.

In the year 2013, Quinn a cast in the movie We're the Millers which was turned out to be a box office hit grossing over $270,000,000 worldwide during its theatrical run, against a $37,000,000 budget. In the movie, she shared the screen alongside Jennifer Aniston, Jason Sudeikis, Emma Roberts, and Will Poulter.

Molly has not been married yet. She has been dating television producer Elan Gale. The couple started dating in the year 2015 and still sharing a strong relationship too. Judging by her social media, the two seems much in love. The actress along with her beau often shares beautiful snaps on her Instagram.

On 25 November 2018, Molly posted an intimate photo along with her boyfriend Elan with the caption,

Together. 3 years we’ve been together, Elan.
You continue to grow and you continue to help me grow.
I’m wowed by you. You incredible unique wonderful man.
Let’s stay together.
Let’s keep having anniversaries on planes.
I love you.

Besides, Molly has not revealed about her dating life and boyfriend. Prior, Quinn was engaged to Chris Tavarez for a very long time. The pair, later on, broke up because of her mysterious reason.

Molly&Elan turn 60 thank you all for celebrating with us

Quinn states she is a daddy’s girl and loves her father a lot. In her acting career, the most favorite role she wants to do across is the dark character. This actually means a dark and mysterious character that actually doesn’t mean a bad guy.

Quinn is also an avid animal lover who has two pet dogs.