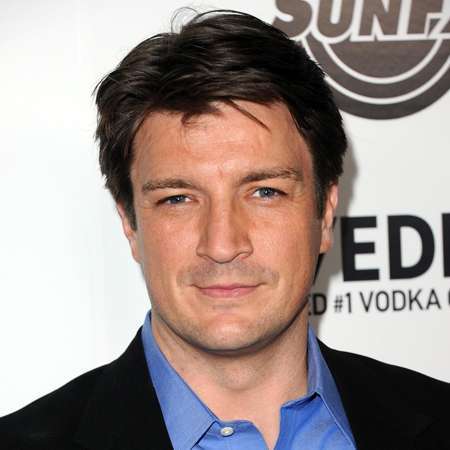 The actor and voice actor Nathan Fillion came to attention after he played the lead roles of  Captain Malcolm "Mal" Reynolds in the Fox series Firefly.

Nathan Fillion was born on March 27, 1971, in Edmonton, Alberta, Canada, to his mother, Cookie, and father, Bob Fillion. Both his parents are retired English teachers. Nathan has an older brother named Jeff. Nathan is of Canadian nationality.

Fillion went on to attend Holy Trinity Catholic High School and later joined Concordia University College of Alberta, and the University of Alberta, where he was an active member of the Kappa Alpha Society.

Nathan Fillion was always interested in acting and thus wanted to pursue an acting career. Nathan got his first role in the 1993 TV film, Ordeal in the Arctic as Master Warrant Officer Tom Jardine. He then went on to get roles in Saving Private Ryan, Blast from the Past, Dracula 2000, and Outing Riley. His first significant role was as Malcolm 'Mal' Reynolds in 2005 Serenity. He has voiced in Wonder Woman, Green Lantern, and Justice League.

In 2012 he was seen as the character Dogberry in Much Ado About Nothing and in 2013’s Percy Jackson: Sea of Monsters as Hermes. He has been noted for his roles in series like One Life to Live as Joey Riley Buchanan, Firefly as Malcolm ‘Mal’ Reynolds, Desperate Housewives as Dr. Adam Mayfair. He is most noted for his role as Richard Castle in ABC’s series Castle.  He is also credited for the internet miniseries Dr. Horrible’s Sing-Along Blog as character Captain Hammer.

According to Celebrity's net worth, Nathan Fillion has an estimated net worth of around $18 million, in 2019.

Nathan Fillion was born Nathan has a long dating history which comprises a number of lovely actresses. He, however, has not been married to date and does not have any children. Nathan was first rumored to be dating actress Felicia Day. She has also a daughter named Calliope Maeve Day on 30 January 2017. However, the rumor is not accompanied by approval from both parties. He was then rumored to be dating Kate Luyben. Nathan then had an affair with actress Vanessa Marcil in May 1995 but they broke up in 1996. In 2005,

Fillion began dating Perrey Reeves and ended the relationship in 2009. Later, in March 2009 Nathan began dating actress Stana Katic with whom he co-starred in Castle. After their break up in December 2012, Nathan began dating Mikaela Hoover in April 2013. Later in the same year, he began having an affair with Christina Ochoa. There were rumors that the couple had been engaged. However, they split up in 2014. Nathan is currently single.