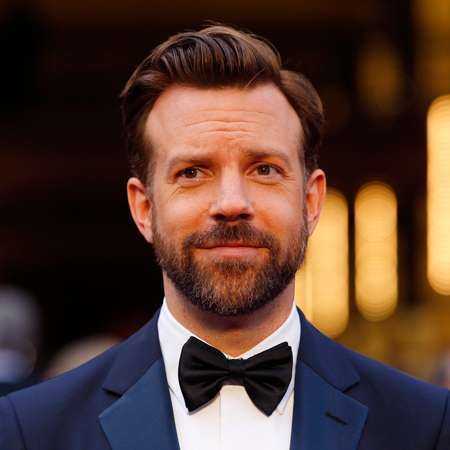 Jason Sudeikis is one of the leading figures in the field of acting. Starting his acting journey in improv comedy, the actor made his big break in the industry following his marvelous performance in the movies like Horrible Bosses, Hall Pass, We're the Millers and many others. He is also a screenwriter and producer.

Daniel Jason Sudeikis was born on September 18, 1975, in Fairfax, Virginia, the United States to his mother, Kathryn who was formerly a travel agent at Brennco and was president of the American Society of Travel Agents and to his father, Daniel Joseph Sudeikis who is a vice president of business development. Jason spent most of his childhood in Overland Park, Kansas.

Jason was born with anosmia, in which case he has no sense of smell and taste.

Jason Sudeikis made his first appearance in 2007’s movie, The Ten as Tony Contiella. Since then, he has been seen in movies like Watching the Detectives, The Rocker, What Happens in Vegas, Going the Distance, Horrible Bosses, Movie 43 as Fake Batman, We’re the Millers, Tumbledown, Mother’s Day, The Angry Birds Movie, Masterminds and more.

The actor also appeared in movies like The Devil and the Deep Blue Sea, Colossal and Downsizing. He began appearing in Saturday Night Live in 2003. He has since been seen in 168 of its episodes. He is best known as Floyd DeBarber in TV series, 30 Rock.

Jason has acted as various characters in 80 episodes of The Cleveland Show, 2 episodes of It's Always Sunny in Philadelphia as Peter "Schmitty" Schmidt, Robot Chicken as Badtz-Maru, The Last Man on Earth as Mike Miller, Eastbound & Down, and many more series. Jason has been nominated for many awards including an MTV Movie Award for Best Comedic Performance.

Jason Sudeikis' Net Worth And Earnings

Jason Sudeikis has an estimated net worth of around $10 million, as per celebrity net worth. His major source of income is his acting career.

Jason does not have a long dating history. He was married to his ex-wife, writer-producer Kay Cannon. They were married on June 26, 2004, in an intimate wedding ceremony. However, Jason had a divorce with his spouse in 2010. Cannon is now in a relationship with screenwriter Eben Russell.

As soon as Jason got divorced, the actor was in a relationship with actress January Jones. The relationship ended one year later.  After that, there were rumors that Jason was having an affair with Eva Mendes. However, the rumors were not addressed by both the parties.

In 2011, Jason met Olivia Wilde. The couple got engaged in January 2013. Sudeikis and his partner Wilde gave birth to their first child, a son named Otis Alexander, on 20th April 2014 and in April 2016; they announced that they were expecting their second baby. And the couple welcomed their second child, a daughter named Daisy Josephine Sudeikis, on October 11, 2016.

Jason’s partner, Olivia is a well-known actress who is known best for her role in TV series, House as Thirteen. The couple has not married till date.

The couple has been sharing the loving relationship since 2011 and shares two adorable kids too.