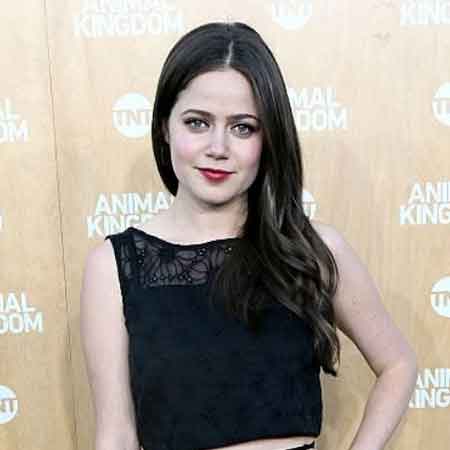 Molly Gordon is a film and television actress who started her career at the very early age of 6 appearing in I Am Sam but her real limelight came in 2015 following her breakout role in the movie Love the Coopers. She is also notable for her finest performance in  Ithaca, Sin City Saints, and comedy film Life of the Party. Gordon also voiced various characters in Our Cartoon President. She has been dating Nick Lieberman for several years.

Molly Gordon was born on December 6, 1995, in the United States of America, under the birth sign Sagittarius. Her father Bryan Gordon is a  television and film director and her mother Jessie Nelson is a film producer and screenwriter.

Gordon grew up in a family of multi-talented members, hence her interested in acting emerged early.

At the age of 6, Molly Gordon kick-started her acting career appearing in  I am Sam. In 2015, she was cast in Ithaca and Sin City Saints. The same year, she portrayed in the Chrismas comedy-drama movie Love the Coopers sharing the screen alongside John Goodman, Ed Helms, Diane Keaton, and Anthony Mackie.

Besides, Gordon appeared as a guest in episodes of Orange Is the New Black and Sin City Saints.  Moreover, she gained massive fame only after contributing in TNT drama series named the Animal Kingdom, appeared as one of the lead casts along with Ellen Barkin. She was also seen in the third season of the series.

In 2018, Gordon featured in  Life of the Party alongside Melissa McCarthy, Matt Walsh, Molly Gordon, and many more. Besides, the actress has also voiced a number of characters in Our Cartoon President.

Though the exact amount of her net worth is yet to be revealed, Molly Gordon has made a considerable amount of money through her performances in both movies and TV projects.

In 2015, Gordon featured in the movie Love the Coopers which grossed over $42 million at the box office worldwide made on a budget of $24 million.

Molly Gordon is yet to be married but is currently dating her boyfriend Nick Lieberman for quite some time now. Lieberman is an actor, who worked in few movies, Learn the Difference, and History Lesson.

Judging by Gordon's social media, the two are together since 2014. She has also posted many beautiful pictures along with her boyfriend on her Instagram.