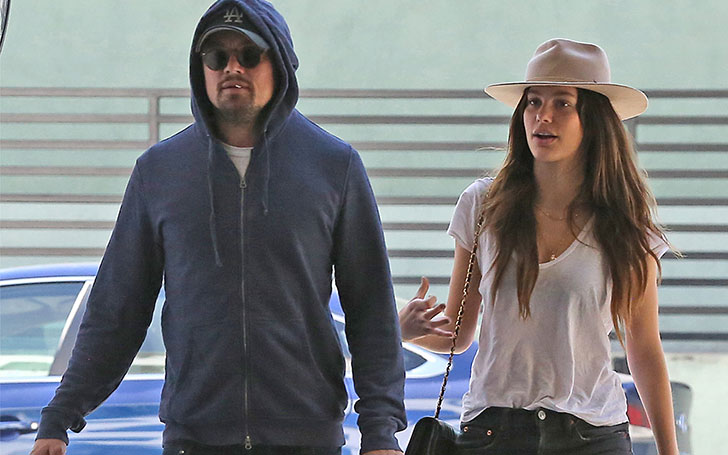 Hollywood megastar Leonardo DiCaprio is one of the most decorated actors of our generation. His talents and charm are considered in a class of their own. He is the ideal choice for most women and due to this his relationships always make headlines. Every name associated with him romantically make the headlines. Similarly, Camila Morrone is the lucky woman that is currently in a relationship with the Titanic actor.

She was rumored to be dating him from mid-2018, a lot of tabloids made the rumors about them their headlines but how much do you know about the former model turned actress that is Leo’s girlfriend as of February 2019. Here are 5 interesting facts about Camila Morrone.

Morrone Was A Model Before Coming Into The Acting Business

Morrone started out as a model and appeared on the covers of magazines like Victoria Secret’s Pink, Sports Illustrated, and many others. She was signed to IMG modeling agency but she later turned to act.

She just stepped into the modeling business but she is yet to play any notable and the bulk of her career is in front of her.

Her Mother Is Dating An Icon Of The Film Industry

Out of all the names you could pick as a Hollywood great the name Al Pacino stands out. The legendary actor is in a relationship with Morrone’s mother,  Lucia Sola.

Pacino and DiCaprio are good friends too, their family dinners must be really fun with the two legendary actors.

Ellen DeGeneres is one of the most loved and well-regarded TV show hosts and comedian in the industry. She was seen leaving the party with, you guessed it, Leo DiCaprio.

Her tenure in Hollywood is not that long but she is already rolling with the big names now. Her social circle now consists of acting veterans and Hollywood A-listers.

The Starlet Is 23 Years Younger Than Leo

It is a well-known fact that DiCaprio is one of the most beloved men in Hollywood. His charms can make every girl fall in love with and his looks make him a heartthrob. However, he only dates women under the age of 25 and for the past 20 years, his girlfriends were all under 25 years of age while dating him.

His dating history consists of many models, singers, and actresses who were all under the age of 25. Many tabloids also covered the interesting fact about the actor.

The starlet is a well-earning model and actress and from her career, she amassed a net worth of $1 million. The model is secretive about her assets and prefers not to share the details of her finances to the public. On the other hand, her boyfriend is worth a jaw-dropping $245 million and earns around $25 million per year from his movies.

According to some reports she earns around $50 k for every endorsement she does. Likewise, the average model earns around $42180 per year. For the top of the food chain models, this figure can be in the high millions.