Hollywood's one of the highest paid Actors Leonardo DiCaprio; How much is his latest estimated Net Worth? Details of his Career and Achievements here!!! 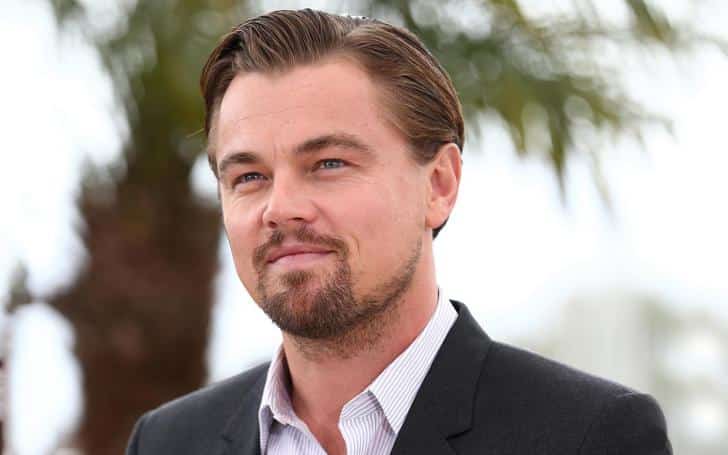 Actor Leonardo DiCaprio does not need an introduction. Whether as romantic, charming and lovable Jack Dawson in Titanic or as trader, explorer, and hunter Hugh Glass in Revenant, Leo has amazed us with his performances all these years.

He is Hollywood's one of the highest paid actors. So, what do you think what is the total net worth of Leonardo? We have all the details of his career and achievements here!!

How Much Is Leonardo DiCaprio's Net Worth At Present?

As of 2017, Leonardo DiCaprio, 43, has an estimated net worth about $245 million. The blond, blue-eyed icon emerged as one of the hottest actors in 1990s after playing Romeo in the Willam Shakespeare's Romeo and Juliet. The movie released in 1996 was a huge success earning $147.5 million worldwide. The film played a significant role in the success story of Leo.

Similarly, he achieved international fame with James Cameron's Titanic in 1997. It became one of the highest-grossing films of all time until Cameron's Avatar in 2009.

Leonardo DiCaprio; one of the richest Hollywood actors

Titanic earned $1.2 billion from video and DVD sales and rentals. In addition to it, it grossed about $2.2 million in theaters.

DiCaprio bought his Malibu Beach house at $1.6 million back in September 1998 and planned to sell the home for $10.95 million in September 2016.

Since the day it was purchased, the house underwent several extensive remodeling with three bedrooms and two baths covering an area of 1,765 sq ft.

As stated by the Variety, this is not DiCaprio's first experience to deal with the Malibu real estate market. He sold another Malibu home in 2009 for $7.4 million and yet another in 2013 for $17.35 million.

DiCaprio listed his four-bedroom home in Studio City that he quietly owned since 2014. He listed the house in the market for $2.4 million after the star put his Malibu home on the market.

The house was built in 1937 covering 3,400 sqft area with an expansive front yard, landscape, and a pool. The actor found the buyer who, according to the Multiple Listing Service, paid $2.237 million for the house.

At present, he owns at least three homes in Southern California in the Bird Street, Silverlake, and Palm Springs areas. He has three more apartments in New York City; one in Greenwich Village, and two in Battery Park.

Similarly, Leo has huge car collections. Here are some of those:

He purchased his first vehicle Fisker Karma electric hybrid for $135,000 followed by Cayenne which is one of the most expensive luxury midsize SUVs with a starting price of $10,000 range up to $60,000.

Leonardo once took over one of the world's largest superyachts to watch the World Cup back in June 2014. He, along with more than 20 friends rented the 482-foot Topaz worth £400million while staying in Brazil for the football tournament.

The yacht is owned by Sheikh Mansour bin Zayed Al Nahyan. He is the owner of Manchester City FC and deputy prime minister of the United Arab Emirates.

The American star is a huge fan of arts and crafts. He is not a stranger to the art world and has a huge collection of postwar and contemporary art.

The actor is frequently spotted at Art Basel Miami, attending auctions of art, and the opening of museums. Modern art from Picasso and Salvador Dali can be spotted at his home including pieces by Frank Stella, Jean-Michel Basquiat, and Takashi Murakami.

Other than contemporary arts and masterpieces, he is a collector of vintage Hollywood movie posters as well. He has his own collection fossils, with predatory dinosaurs, comics, and rare books.

In 2013, he organized a charity auction called 'The 11th Hour Sale' to raise money for the environment. He sold some of his personal collections including a creation of Andreas Gursky raising $38.8 million.

His Awards And Achievements

The Wolf of Wall Street actor, Leonardo has achieved 54 awards from 161 award nominations in total. Some of the recent awards he received are listed below:

2. Austin Film Critics Association Award for The Departed in 2007.

3. Alliance of Women Film Journalists for The Revenant in 2016.

6. Blockbuster Entertainment Awards for Romeo +Juliet and Titanic in 1997 and 1998.

7. Became the Runner-up for The Departed and The Wolf of Wall Street while won the Boston Society of Film Critics.

9. Chicago Film Critics Association Awards for What's Eating Gilbert Grape? and The Revenant in 1993 and 2015.

11. MTV Movie Awards for Titanic in 1998 and The Aviator in 2005 with The Wolf of Wall Street and The Revenant.

With a long list of awards, DiCaprio, after decades of mindblowing performances finally won an Oscar for his role in The Revenant. His Oscar Acceptance Speech is one of the most epic moments in the Oscar history.

The four-time Academy Award nominee has been advocating for environmental issues to protect the Earth since 1998.

He is the founder of the Leonardo DiCaprio Foundation. He worked with 24 orphan kids from the SOS Children's Village in Maputo for "Blue Diamond."

He is, in fact, a serious supporter of the environment and environmental issues. He has even performed in several movies to educate the public about the environment, including 11th Hour.

Leo has been an outspoken advocate for environmental issues throughout his career. He established his foundation at 24 with the aim of protecting the Earth's last wild places and implementing certain steps to maintain a harmonious relationship between humanity and the natural world.

Over the last few years, he has invested over $10 million in protecting the ecosystem and key species across the globe. Leo also serves as the Honorary Chairman of the Board of Directors of the Pacific Palisades-based Reef Check Foundation.

Also, he also led several innovative fundraising events raising over $60 million. Some of the charities supported by the star are: