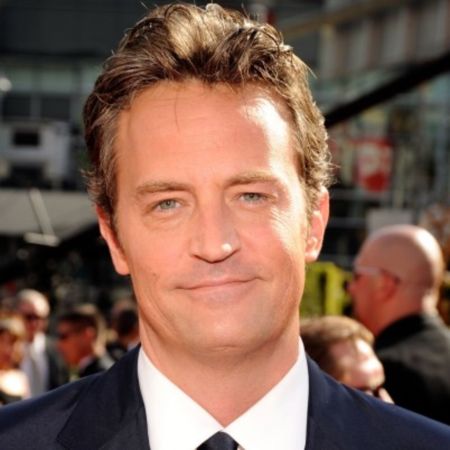 Matthew Perry is a Canadian-American Tv and movie actor, comedian, playwright, and director. He gained widespread popularity as part of an ensemble cast in the popular sitcom, Friends. He portrayed Chandler Bing and became a household name and a mainstay of television and cinema. 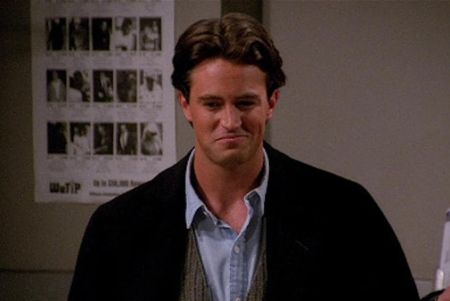 Matt’s parents divorced before Matt was even one, and he was raised by his mother and new stepfather, the Canadian broadcast journalist, Keith Morrison in Ottawa, Ontario, Canada. He holds dual citizenship in Canada and the USA. Matt’s alma mater includes West Carleton Secondary and Ashbury College.

When Matt moved to Los Angeles to live with his father, he became interested in acting. He attended The Buckley School in Sherman Oaks, California, and started acting in theatre productions for his school. He tried his hand at stand-up comedy, performing at the LA Connection in Sherman Oaks while studying.

After graduating from school in 1987, he intended to enroll in the University of Southern California but was offered a role as the lead in the television series, Boys Will Be Boys. He made his movie debut the next year in the 1988 drama movie, A Night in the Life of Jimmy Reardon.

Matthew went on to make numerous appearances in television and movies before making it big as part of the cast of the American sitcom, Friends. He was one of six central cast members that included Jennifer Aniston, Courteney Cox, Lisa Kudrow, Matt LeBlanc, and David Schwimmer.

Here is a video of Matthew Perry's life story:

Friends was an overwhelming success with audiences and critics. Its highly successful decade-long run made stars out of all the central cast and was nominated for 62 Primetime Emmy Awards throughout its 10-season run.

Matthew has had a very illustrious career, and some of the highlights include starring in the 1997 comedy-drama, Fools Rush In alongside his biological father, John Bennett Perry; a role in the 2009 teenage-comedy-drama, 17 Again, as Zac Efron’s older self;  and voice-acting for the apocalyptic action game, Fallout: New Vegas.

His role as Ron Clark in the TNT movie, The Ron Clark Story, earned him nominations in the Primetime Emmy Awards as well as the Golden Globe Awards.

Besides being an acclaimed actor, he is also an acclaimed director and producer. He is the executive producer in television series such as Mr. Sunshine, Go On, The Odd Couple, and The Kennedys After Camelot. He also directed an episode of the medical comedy-drama, Scrubs in 2004.

Matthew Perry's Net Worth Is $120 Million

As of 2019, Matthew Perry is reportedly worth $120 million.  A majority of his vast wealth came off his role in the highly popular sitcom, Friends. The series was highly popular and frequently appeared in critics list of the best television shows of all time.

Besides being critically acclaimed, the entire series was also a massive commercial success, and the cast members were some of the highest-paid cast in Hollywood at the time. The details of his yearly salary as part of the cast of Friends is listed below:

The cast members still get royalties and backend cheques for their time in Friends. It is reported that the sitcom still makes $1 billion yearly for rights to stream and royalties. Each cast member makes nearly $10-20 million annually in royalties alone.

In a Business Insider article, it was reported that Matthew was worth $80 million in 2018, and due to his royalties and backend cheques, his net worth increased to $120 million in 2019.

Matthew resides in Malibu in a beachfront home that he purchased in 2011 for $11 million. He listed a penthouse apartment in Century City, California, for sale in 2019 for $35 million that he bought in 2017 for $20 million.

Matthew Perry has been involved with some of Hollywood’s most famous ladies. He dated actress Yasmine Bleeth in 1994. Later in the same year, Matthew dated the acclaimed actress, Julia Roberts. They separated in 1996.

After Julia, Matthew was in a long relationship with actress and model, Lizzy Caplan, that lasted from 2006 through to 2012.

His own struggles prompted him to turn his Malibu home into a sober living facility. He was awarded the Champion of Recovery in May 2013 by the White House Office of National Drug Control Policy.

Besides his addiction issues, Perry also suffers from pancreatitis, and his weight has fluctuated drastically over the years. He also underwent surgery in 2018 for gastrointestinal perforation and rehabbed for the next few months.

Despite being plagued by his issues, he keeps an optimistic view on life, and his quick wit is the stuff of Hollywood legend. In his free time, Matthew enjoys playing ice hockey and softball.