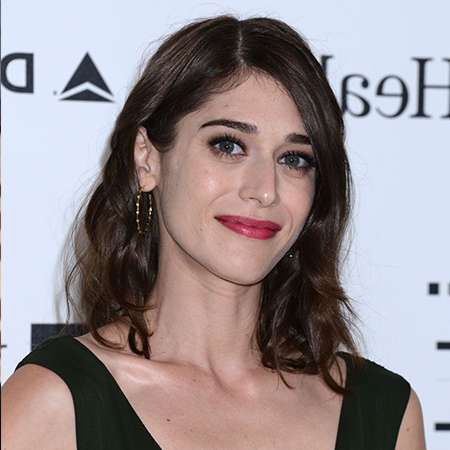 Lizzy Caplan is an American actress. She was born on June 30, 1982. Her first major role as in the film Mean Girls in 2004. She is also quite famous for her works in the movie “Cloverfield”. For this, she was nominated for Saturn Award for Best Supporting Actress. Currently, she stars in Showtime series Masters of Sex for which she has been nominated for Emmy, Satellite and Critics' Choice Television Award for Best Actress in a Drama Series.

Caplan attended Alexander Hamilton High School. Being a student at the school’s Academy of Music, her first choice for focus was to learn to play the piano. Later, she decided to pursue drama instead. Surprisingly enough, she was also on her school’s soccer team. She graduated in 2000 but decided to focus more on acting rather than attending college as she thought it was time-consuming.

Her first acting debut was in 1999 where she played the role of “Sara” in the critically acclaimed series “Freaks and Geeks”.  Her performance in the show was excellent, thus her character becoming the girlfriend of Jason Segel’s character. After this, her acting career was blooming. She appeared in Jason Mraz’s music video “You and I Both”. Her first film appearance was in 2000, in From Where I Sit.

Caplan has since then appeared in numerous TV shows like Smallville, Once and Again, The Pitts, Tru Calling, American Dad!, True Blood, The Cleveland Show, New Girl and Masters of Sex. She has also appeared in movies like Mean Girls, Cloverfield, My Best Friend’s Girl, Hot Tub Time Machine, 127 hours, Bachelorette, The Interview, The Night Before and her latest role is in Now You See Me 2. For her works in Hot Tub Time Machine, she has nominated for the Teen Choice Award for Choice Movie Actress: Comedy.

In Masters of Sex, she had the role of human sexuality pioneer Virginia Johnson, where she had to shoot a lot of nude scenes. She admitted that she felt uncomfortable at first, but now she has realized that “Shooting a sex scene isn't the 'end' of your life” and gotten comfortable with it over time.

Caplan was born and raised in Los Angeles, California in the district of Miracle Mile. She was born into a family of Reform Jews, her ancestors being from Latvia, Austria. Lithuania and Russia. Her father was a lawyer and her mother was a political aide. She has two older siblings, sister Julie Caplan, and brother Ben Caplan. She currently lives in Hollywood Hills and has two cats, named Lisa Turtle and Colbert. She also has a little puppy as a pet. She is also the Godmother of Birdie Silverstein, daughter of Busy Phillips.

Lizzy was in a relationship with Matthew Perry from 2006-2012. Currently, her boyfriend is Tom Riley and according to news and gossips revolving around her, she wants to marry him soon. She also revealed that she seeks relationship advice from those who are in long-term relationships.

Caplan stands 5 feet 4 inches tall. Her weight is 115 pounds. She has a body measurement of 34-23-33 and a bra size of 34B. The green-eyed beauty has a net worth of 4 million dollars. For more updates, one can follow her Facebook and Twitter accounts.