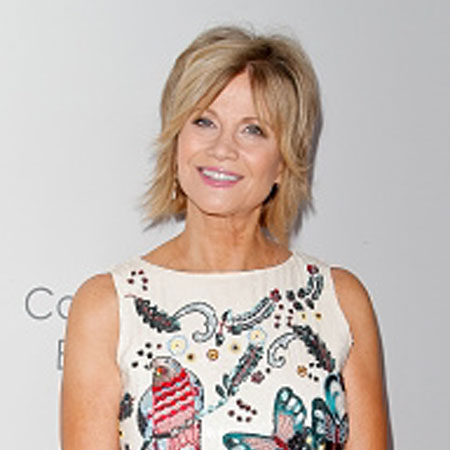 Markie Post is an American actress widely recognized for her significant role as Terri Michaels on the ABC sitcom The Fall Guy, as George Ann Lahti Hartman on the CBS sitcom Hearts Afire, and NBC sitcom Night Court as Christine Sullivan. In 1994, the actress won the Cable ACE Award for best children’s program special category from a series 6 and Young. Markie has also been nominated for several awards including the TV Land Awards and Behind the Voice Actors Awards.

The actress has been married twice. She is married to actor/filmmaker Michael A. Ross since 1982. She shares two children with him too.

Markie Post was born on November 4, 1950, in Palo Alto, California as the daughter of nuclear physicist Richard F. Post and a poet Marylee Post. Her maiden name is Marjorie Armstrong. She has two siblings  Rodney Post and  Stephen Pos.

Markie Post was raised in Stanford and Walnut Creek along with her siblings and parents. She went to Las Lomas High School. She was on the school cheerleader team. Later, Markie graduated from Lewis & Clark College in Oregon. She briefly went to Pomona College as well.

Markie Post worked on different game shows before her acting career.  Initially, Markie served as an associate producer at Alex Trebek’s Double Dare. The actress kick-started her acting journey appearing in the production crew of the Tom Kennedy version of Split Second. She subsequently appeared as a celebrity player on various game shows like Pyramid and Password.

Later, Post appeared in films like Card Sharks and The New Card Sharks. She also appeared on TV shows like  E! True Hollywood Story, Electra Woman and Dyna Girl, and 1st to Die.

However, her major career breakthrough came with the role of ‘Christine Sullivan’ on Night Court in 1984. Markie Post has been active in the entertainment industry since 1978 and has landed a number of breakout roles in several successful movies. She has been playing a recurring role in the American police procedural drama TV series Chicago P.D. since 2014. Some of her successful projects are Fantasy Island, Scene of the Crime, The Dad Do Us Part, and Holiday in Handcuffs as well.

In 2017, Post was involved in a number of small projects which include the short film Keep the Gaslight Burning, Sweet Sweet Summertime, as well as Four Christmases and a Wedding. She featured in an episode of the TV series Santa Clarita Diet in 2018 sharing the screen alongside Drew Barrymore, Timothy Olyphant, Liv Hewson, and Skyler Gisondo.

Markie Post's Net Worth And Earnings

According to Celebrity net worth, Markie Post has an estimated net worth of $12 million from her profession, endorsements, and sponsorship.

In the year 1998, Post played the role of Mary's Mom in the movie There's Something About Mary which became a box office success grossing over $369.9 million on a budget of $23 million. In the movie, she shared the screen alongside Cameron Diaz, Matt Dillon, Lee Evans, Chris Elliott, and Ben Stiller.

Markie has also been involved in several charitable works and movements.

Markie Post has been married twice.  Her first marriage to her college sweetheart Stephen Knox was unsuccessful. She married Stephen in 1971, and their divorce was finalized on 5 September 1972.  Markie post has no children with her first husband, Stephen Knox.

She had a brief affair with Mark Dawson, after her divorce. The relationship lasted as Markie fell in love with Michael A. Ross, a producer, and a writer.  Markie Post married her boyfriend, Michael A.Ross on 7th February 1982. They have two daughters, Katie Ross, and Daisy Ross.

Her husband Michael A. Ross is a producer and filmmaker. He is famous for numerous films like The Trouble with Normal (2000), Andy Richter Controls the Universe (2002), and Better off Ted (2009.

Before focusing on writing scripts for movies and TV series, he played in numerous television programs. He made a guest appearance on his wife’s popular show Night Court in 1984. He also performed the role of Rum Tugger in the Los Angeles production of Cats.

Markie had numerous illustrious affairs and rumors of romantic linkups to her name. She was allegedly in an affair with former POTUS Bill Clinton.

There were alleged claims that Markie Post and Bill Clinton had secret meetings in California hotels. Surprisingly enough, Markie Post was even kept in the list of Hillary Clinton's lesbian lovers.

In April 2018, the actress reacted to the news of her Night Court co-star Harry Anderson’s death. She twitted, I am devastated, I’ll talk about you later, Harry, but for now, I’m devastated.

Anderson who was one of the main characters of the Night Court (1984-1992). He was found dead in his home Ashville, North Carolina, early morning, confirmed by local police.

The actor has earned several accolades and awards throughout his acting journey. He received three Emmy nominations for his role as Judge Harry Stone on the NBC sitcom Night Court.

Anderson also appeared in the SNL and other series and films. He died at the age of 65. Talking about her online presence, she is also active on the micro-blogging site Twitter with thousands of followers.