Born and raised in Worthington, Ohio, Maggie Cage is a popular American actress and model. She made her acting debut at the age of 18 in the movie Rachel's Room. She is mostly known for her role in the Taken franchise as Kim Mills and in Twilight Saga: Breaking Dawn Part 1 & 2 playing Irina. Similarly, she received a Young Artist Award nomination for her portrayal of Martha Moxley in the television movie Murder in Greenwich. As of 2018, Grace is cast in the 2018 series, Fear the Walking Dead and appeared in movies like Supercon and Hurricane Heist.

Maggie Grace was born as Margaret Grace Denig to Valinn Everett and Fred Denig on September 21, 1983, in Worthington, Ohio, the United States. She lived with her mother since her parents got divorced. Grace finished her schooling from Worthington Christian School and attended Thomas Worthington High School for a while.

During her time at Thomas Worthington High School, she took part in school plays and community theatres. From an early age, she wanted to be an actress.

As, a young kid, Grace was very much into reading and referred to herself as Shakespeare nerd. She was a huge fan of Star Trek's star Jane Austen.

Grace moved to Los Angeles to pursue her career as an actress and hired an agent within a week after moving there. She started attending acting classes and officially began her journey to be one of the successful actors.

Grace debuted in the entertainment industry in 2002 being cast in the movies, Rachel's Room and Shop Club and a Television series, Septuplets which got canceled before airing in the small screen.

The same year she was cast in a Television movie called Murder in Greenwich where she appeared as Martha Moxley and recieved a nomination for Young Artist Award. 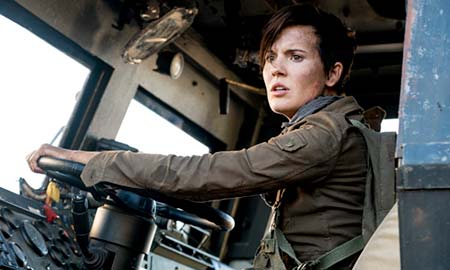 Grace made it big in the industry after starring in multiple hit movies like Taken 1, 2 & 3, The Experiment, The Twilight Saga: Breaking Dawn- Part 1 & Part 2, Lockout, The Scent of Rain and Lightning and 2017 release Aftermath. In the Twilight Saga franchise, she appeared as Irina and in Taken, she portrayed the role of Kim Mills.

She was cast alongside actor Ian Somerhalder, Naveen Andrews, and Matthew Fox in the ABC series Lost where she appeared as Shannon Rutherford in 32 episodes.

Grace appeared as Althea in the 2018 series Fear the Walking Dead and was cast in the 2018 release The Hurricane Heist as Casey alongside Toby Kebbell, Ryan Kwanten, and Melissa Bolona which aired in the big screen on March 9.

According to Celebrity Net Worth, Grace's net worth is estimated to be $8 million, whereas, as per The Richest her net worth is $12 million. She earned her million dollar fortune from her successful acting career. Some of her hits are listed below:

She is married to Brent Bushnell. The couple tied the knot on May 28, 2017, after a three-month engagement. It was a private wedding in front of close friends and family members.

Prior to Bushnell, she was engaged to American writer and director Matthew Cooke which ended in 2015. She was also in the relationship with co-star Ian Somerhalder. They met while filming the series Lost.

The couple broke up after few months. Later, she dated Balke Mycoskie; Toms Shoes founder and former The Amazing Race contestant. They were together for a year, from 2008 to 2009.

Grace wanted to have a non-actor who is not from the entertainment industry as her husband. She understands that being an actor is a super busy job and for a relationship to last long giving time to each other is the most important. Grace isn't against marrying actors but she feels she doesn't have the energy to reconcile all the time. 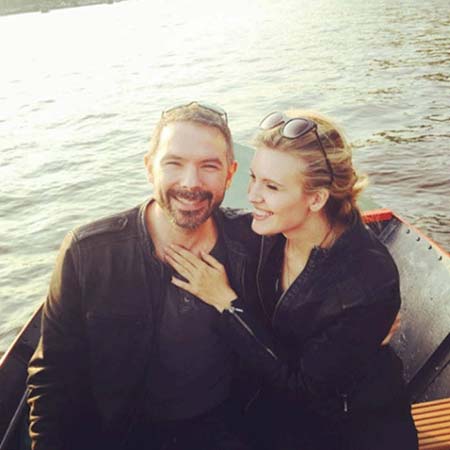 She is super cool with her mom and refers to her as her best friend. She owns a pet cat named Roo-Grace and her former boyfriend Somerhalder found the cat in the jungle and adopted him. Roo is now her travel buddy.

Grace is an Anglophile as she loved the culture of England and it's people. She is a big fan of English poets and loves reading them.

Maggie Grace is expecting her first child with husband Brent Bushnell, as of March 2020. To announce her pregnancy, the actress shared a photo of herself showing off her growing baby bump on Instagram on March 20, 2020.