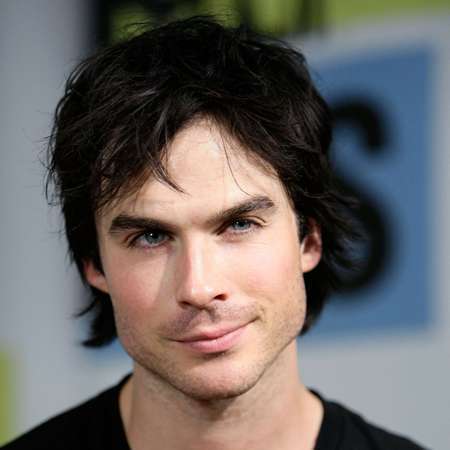 Ian Somerhalder is an American actor, model and director known for playing Boone Carlyle in the TV drama Lost and Damon Salvatore in The CW's supernatural drama The Vampire Diaries.

Ian Somerhalder was born as Ian Joseph Somerhalder on December 8, 1978, in Covington, Louisiana, to mother, Edna who was a massage therapist, and to his father, Robert Somerhalder who is an independent building contractor. Ian has two siblings; an older brother named Robert, and a younger sister named Robyn.

Ian attended St. Paul's School in Covington which was a private Catholic school. He had the perfect figure and charming face for modeling and acting.

Thus Ian went on to begin his modeling career from the tender age of 10. He modeled for three more years and finally when he was the age of 17 he decided to go into acting.

In 2000, Somerhalder bagged the role of Hamilton Fleming in the short-lived WB series Young Americans. He then played the gay character Paul in The Rules of Attraction.

In 2004, Ian came into the limelight after being cast in the TV series, Lost as character Boone Carlyle. He has been seen in 28 of its episodes. He then appeared in the 2009 move, The Tournament for which he was noted.

In June 2009, Ian went on to bag the role of Damon Salvatore in the prominent supernatural drama series, The Vampire Diaries. He got a positive response from his audience. Ian has appeared as a significant character in the movies, How to Make Love to a Woman and The Anomaly.

Ian Somerhalder's Net Worth And Salary

Ian Somerhalder's net worth is estimated to be $ 8 million at present. He has earned a huge amount of salary from his career as an actor. He earns the salary of $40,000 per episode.

He has also been nominated in many awards for the same, like Teen Choice Awards, People's Choice Awards and Do Something Awards. Ian is adored a lot by his fans.

Ian is currently36 years old and stands tall at the height of 5 feet 9 inches.

Ian first dated model Kate Bosworth in 2002. Later he went on to date actress Nicky Hilton in January 2004 but in April of the same year, the couple got separated. He then began having a relationship with Lost co-star, Maggie Grace in April 2006 and then got separated in 2007.

He then had a serious relationship with Megan auld in from 2007 to 2010. Later, Ian was rumored to be dating Ashley Greene. After that, Ian began dating Vampire Diaries co-star, Nina Dobrev in 2010. They then broke up in 2013 which caused huge controversy. There were rumors that Ian was gay. He then began dating Malese Jow in the same year.

Ian is currently married to Nikki Reed. Ian and Nikki were friends for many years as Ian helped Nikki get over her divorce. The couple married on 26th April 2015. The couple does not have any children to date.