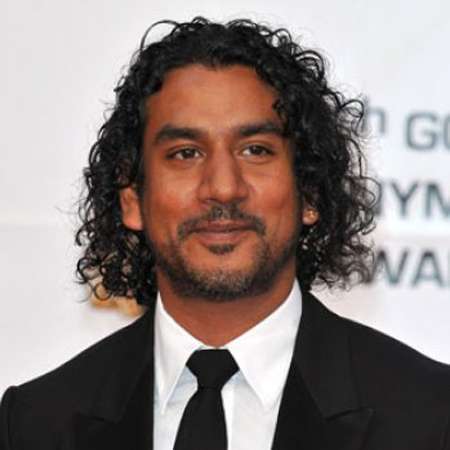 Naveen William Sidney Andrews is a British actor born on 17 January 1969 in Lambeth, London, England. His parents, Nirmala and Stanley Andrews were both immigrants from Kerala, India. He is the elder of two brothers. His current nationality is American, as he became a naturalized US citizen in 2010, and his ethnicity is Malayali.

Naveen Andrews was brought up in Wandsworth in the Methodist denomination. He has described it as a “very repressive” upbringing. His parents were also abusive, so he had a very rough childhood. He showed interest in acting at a very young age and was accepted at London's Guildhall School of Music and Drama at the age of 16. Two of his classmates were Ewan McGregor and David Thewlis.

Naveen Andrews, after studying acting, took his first steps in the acting career when he got a role in Hanif Kureshi's film, London Kills Me (1991). In 1993, he got the role of Karim Amir in The Buddha of Suburbia, where he landed four episodes. From 1993 to 2004, he starred in several movies including ‘Wild West’, ‘Double Vision’, ‘Kama Sutra: A Tale of Love’, ‘The English Patient’, ‘True Love and Chaos’, ‘Bombay Boys’, ‘Bride and Prejudice’, etc and TV shows such as ‘My Own Country’ and ‘The Beast’.

Naveen Andrews appeared as Sayid Jarrah in the ABC’s television series, Lost, in 98 episodes. His roles were one of the most significant ones in the show. For the show, he won the Screen Actors Guild Award for Outstanding Performance by an Ensemble in a Drama Series. He was also nominated for three more awards. After his major success, he got roles in movies such as ‘Provoked: A True Story’, ‘Grindhouse’, ‘The Brave One’ and ‘Diana’, among others.

Naveen Andrews also appeared in numerous television series, including ‘Sinbad’, ‘Once Upon a Time in Wonderland’ and ‘Sense8’.  In 2014, he lent his voice to the critically acclaimed video game, Far Cry 4, for the character named ‘Sabal’.

Naveen Andrews fell in love with his 30 years old mathematics teacher Geraldine Feakins at the age of 16. He moved in with her to escape the ongoing abuse in his home. The couple gave birth to a son, Jaisal, in 1992. He was shunned by his parents after this and they died before a reconciliation. In 1998, he had a relationship with actress Barbara Hershey in Los Angeles. During a brief separation of the couple in 2005, Naveen had a son with Czech-French actress Elena Eustache.

Naveen Andrews and Hershey later reconciled. However, in May 2010, they announced that they had separated six months earlier. After an ongoing custody dispute with Eustache over their son, Naveen was ranted sole legal and physical custody of the child. Although he never had a proper family and wife, he claims that he has been a good parent.

Naveen was an alcoholic and was addicted to heroin for two years in the mid-‘90’s. He has described an incident in which he collapsed on set and was treated by the emergency services. Hopefully, he has recovered from his addictions in the present. He loves playing guitar, singing and tap-dancing to his own tune as a hobby. He currently has a net worth of 10 million dollars.