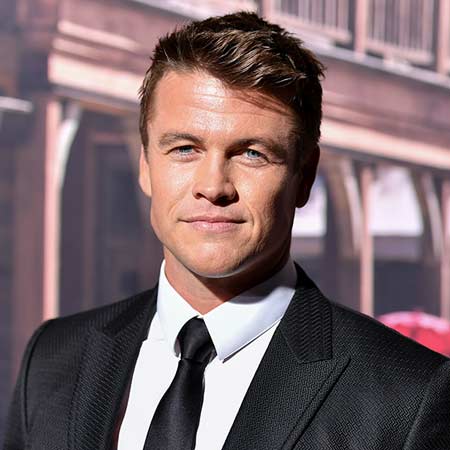 Australian actor, Luke Hemsworth is best known for his roles in the TV series, Neighbours and HBO’s sci-fi series, Westworld. As of 2018, he will be appearing in the movie, The 34th Battalion. Hemsworth married Samantha Hemsworth in 2007. The couple shares four children together.

Luke Hemsworth was born on 5th November 1980 in Melbourne, Victoria to Leonie (English teacher) and Craig Hemsworth (a social-services counselor). His birth sign is Scorpio. 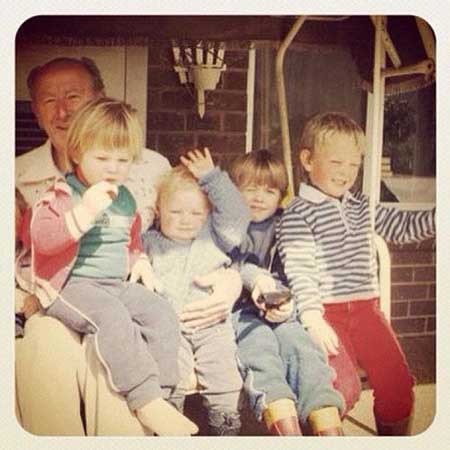 CAPTION: Luke with his brothers at his early age. SOURCE: Pinterest

Hemsworth is Australian by nationality and belongs to Mixed ethnicity (English, Scottish, Irish and German ancestry). He has two younger brothers, Chris Hemsworth and Liam Hemsworth. He learned acting from National Institute of Dramatic Art. Before starting his acting career, he used to work in his own flooring business with his brothers.

Luke Hemsworth made his screen debut as Nathan Tyson from the soap opera, Neighbours. Hemsworth shared the screen with Stefan Dennis, Kylie Minogue, Margot Robbie, Alan Fletcher and Ryan Moloney. He was associated with the TV series from 2001-2002 and altogether worked in 10 episodes. In 2008, he again returned in the soap opera and appeared in 3 episodes. 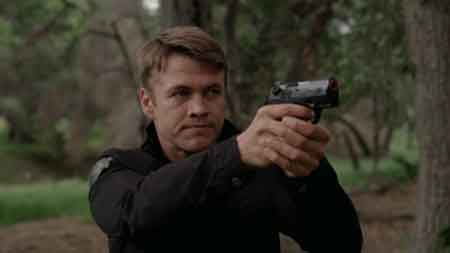 CAPTION: Luke in one of the scenes of Westworld. SOURCE: Internet Movie Firearms Database

Some of his other TV series are The Saddle Club, Blue Heelers, All Saints, Satisfaction, Tangle and Winners & Losers. Since 2016, Hemsworth is working in HBO’s science fiction western thriller TV series, Westworld with Evan Rachel Wood, Thandie Newton, Anthony Hopkins and Ed Harris. His acting in the series helped him to grab huge fan following.

Hemsworth made his movie debut in 2014 from crime thriller film, The Reckoning directed by John V. Soto. The movie starred Viva Bianca, Jonathan LaPaglia, and Alex Williams. He then worked in The Anomaly, Kill Me Three Times, and Infi.

In 2017, Hemsworth appeared as the lead character Wild Bill Hickok in the western movie, Hickok directed by Timothy Woodward Jr. His upcoming movie is a war film, The 34th Battalion.

Luke Hemsworth has an estimated net worth of $3 million. Hemsworth’s major source of income is acting. In 2017, he appeared in the cameo role in the superhero film, Thor: Ragnarok which collected $854 million at the box office. The movie was made with the budget of $180 million. IMDb rated the film 7.9 stars out of 10. He shared the screen with Cate Blanchett, Tessa Thompson, Chris Hemsworth and Taika Waititi.

As per some online sources, the main casts of Westworld, Evan Rachel Wood, James Marsden, Thandie Newton and Ed Harris earns a salary of $175k per episode. He is also one of the main cast of the series which means he might also earn the same amount. 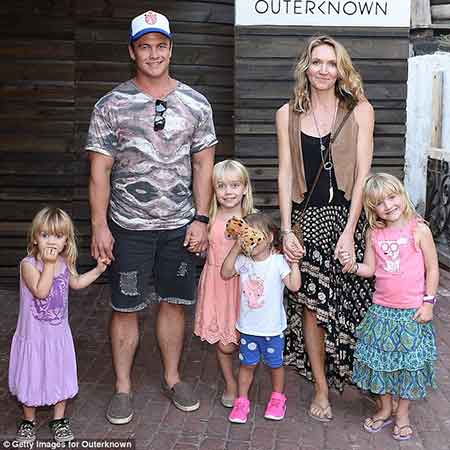 CAPTION: Luke with his wife and children. SOURCE: Pinterest

Hemsworth is an animal lover. He has been an avid surfer.

Here is the video which shows some facts about Luke Hemsworth and his brothers: