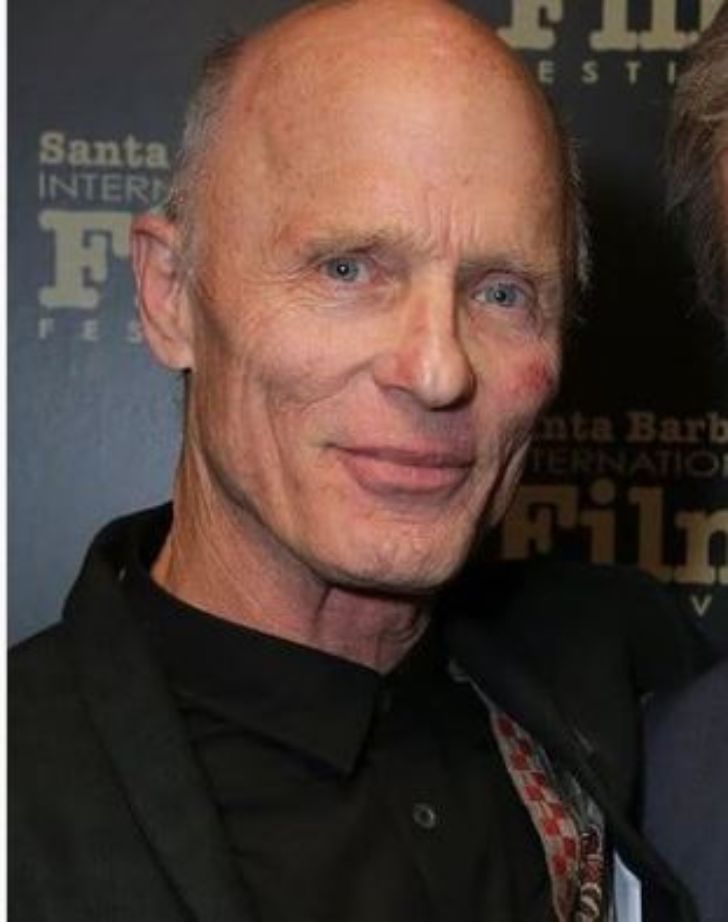 A highly proclaimed American actor, screenwriter, director, and producer, Ed Harris has been working in the Hollywood industry for four decades since his professional debut in 1975. Throughout his career journey, he has notably worked in the films: The Beautiful Mind, The Abyss, Truman Show, Gone Baby Gone, and Mother. Not to mention, an immense throw of natural actin on-screen has sought him numerous accolades & has been nominated for Academy Awards for four times.

Ed Harris was born Edward Allen Harris on November 28, 1950, in Englewood, New Jersey to mother Margaret and father Robert l. Bob. His mother was a travel agent while his father worked at the bookstore of the Art Institute of Chicago.

He grew up in New York with his two siblings, Robert Harris, and Spencer Harris.

After graduation from Tenafly High School in 1969, Harris competed in athletics at Columbia University. But after 2 years, his family moved to New Mexico, and having sought his interest in acting, he enrolled at the University of Oklahoma to study drama. Later, he moved to Los Angeles where he studied at the California Institute of the Arts and graduated with a Bachelor of Fine Arts in 1975.

During the late 1980s and early '90s, Harris appeared primarily in movies. In this time he also appeared on Broadway and was involved in the production of George Furth's Precious Son(1986) for which he was nominated for the Tony Award. He also appeared in science fiction movies such as The Abyss(1989) and Apollo 13.

During the 1970s and 1980s, Harris was involved in a number of television roles. He appeared in TV shows playing a cameo role in the series Gibbsville(1976). He also made a guest appearance in several of the other TV series such as Delevicchio(1979), The Rockford Files(1978), David Cassidy-Man Undercover(1978). He has also appeared in three episodes of Lou Grant(1979,80,81) and two episodes of the Seekers(1979).

Net Worth And Salary of Ed Harris

According to Celebrity Net Worth, Ed Harris has an estimated net worth of $30 million as of 2021. Most of his earnings came as a result of his on-screen prominence- thanks to his decades of dedication in acting.

Moreover, Harris worked in many commercially successful films. Here are some with its box-office collection:

Reportedly, Ed Harris and his wife own a house in Malibu, California for more than 2 decades. Although the purchase price is yet to be out, its worth is now $5 million. In addition that, they own a 2-acre property in Malibu, which they bought while underdeveloped in 1998 for $660,000. Even though the duo tried to snag off the property in 2015 for $2.6 million, they failed to find a buyer and still have ownership.

It is also reported that Harris owns a luxury house in his hometown Englewood, New Jersey, bought in 2006. A car enthusiast, A Beautiful Mind owns a Buggati (starting price $1 million), Chrysler(price starts from $40k), and Mc Laren($800,000 +).

Who Is Ed Harris' Wife? Any Children?

The American actor has been in a marital relationship with actress Amy Madigan for more than 3 decades. They met while filming Places in the Heart. After ten months of dating, the couple married on November 21, 1983.

Ed's wife Amy is also an Academy Award-nominated actress famous for her works in Twice in a Lifetime (1985), Field of Dreams (1989), Pollock (2000), and Gone Baby Gone (2007). Moreover, She has also appeared in Pollock, a movie directed by Harris.

The couple shares a daughter named Lily Dolores Harris, born on 3rd May 1993.  Ed Harris received an honorary degree from Muhlenberg College on May 17, 2015.